Mihajlo Mitic Out, Goran Bjelica In For Russia’s Gazprom Surgut 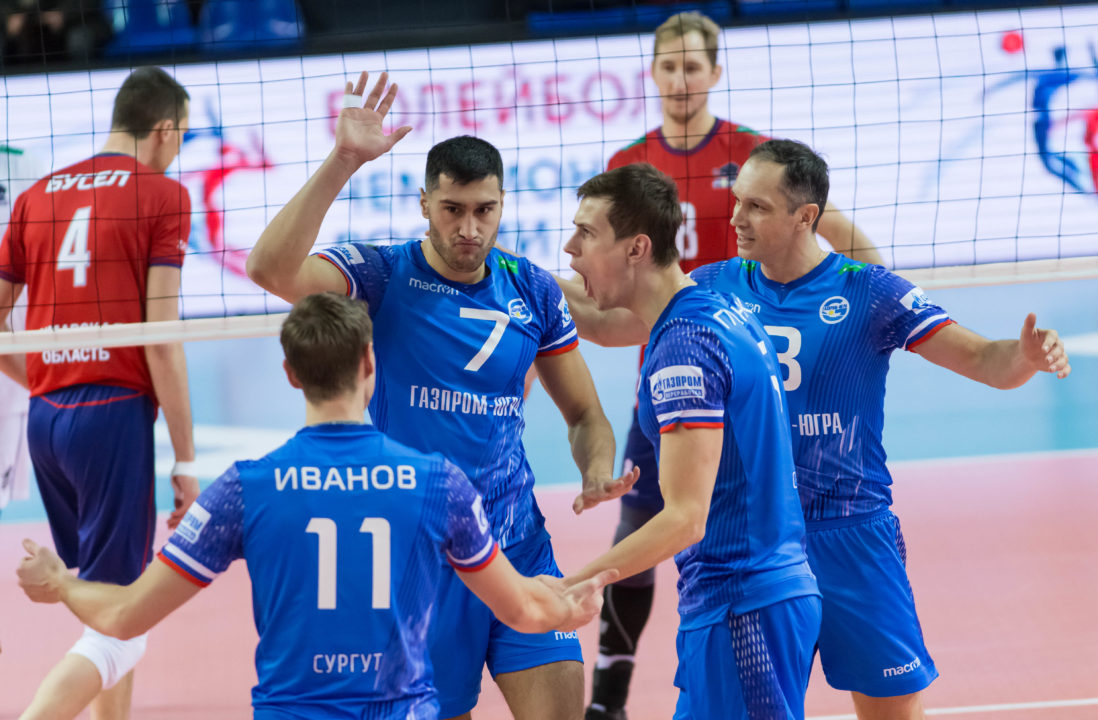 Gazprom Surgut is trying to shake up its roster for the remainder of SuperLeague and CEV Challanger Cup Current Photo via Courtesy of gazprom-ugra.ru

Unsatisfied with its performance in Russia’s SuperLeague, which currently sees it occupying the 10th place in the standings with a 7-9 record, Gazprom Surgut is shaking up its roster. According to Volleyball.it, the squad has parted ways with Serbian national team setter Mihajlo Mitic, and signed opposite hitter Goran Bjelica, also a Serbian national. With that, back-up setter will Denis Ignatyev will take the role of the team’s offensive conductor, while Bjelica will try to add some much needed offensive power to the squad.

Goran Bjelica, the lesser known brother of Novica Bjelica, is 32 years old and 6’8″ tall. He is a true volleyball nomad, having played in Turkey, Russia, United Arab Emirates, Switzerland, Italy, and Serbia.

Surgut recently made the news here in VolleyMob unexpectedely. Dutch club Orion, who is made up mostly of amateur players with full time jobs, surprisingly won its Round of 16 CEV Challenger match-up against Bulgaria’s Levski Sofia. This granted the team the right to advance rounds in the competition and face Surgut, something the Dutchmen didn’t except would be a reality. Since it’s basically an amateur club, the squad does not have the money to travel to Siberia to play its away game against the Russian team, and is now organizing fundraisers to make the trip, or else it will risk severe sanctions from CEV.