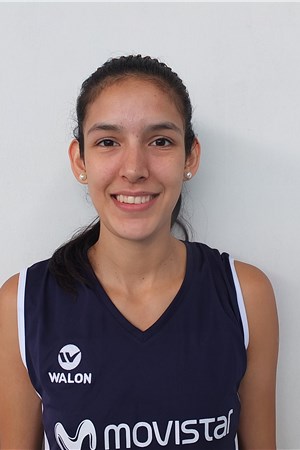 Ginna Lopez, a Peruvian national who just completed her NCAA eligibility with Florida A & M this season, has decided to go back to her home-country to start her pro career, according to Netintima.com. She will be playing for Jaamsa, which currently leads the Peruvian League with a 2-0 record. Lopez, a 6’3″ middle blocker, has been a staple in all of Peruvian youth teams, and since 2015 has been called to play on its adult squad, including during the 2015 FIVB Grand Prix.

In November, Jaamsa had already signed Carla Tristán to a contract. She was was once one of Peru’s most promising young volleyball players, but had end to her career prematurely 10 years ago at only 19 years of age due to injury. With both signings, Jaamsa will try to mix promises of the present and promises of the past for domestic success this season.

Even though it recently failed to qualify for the 2018 FIVB World Championship, the Peruvian national team, or Hijas del Sol (Daughters of the sun) as they are know in Peru, is slowly trying to get back to its  80’s volleyball domination form, which culminated  in the silver medals won at the 1982 World Championships and 1988 Olympic Games in Seoul. The the rise of youngsters like Angela Levya and Gianna Lopez, with the return of Tristán, even if as a veteran role model, can work to speed that process up.