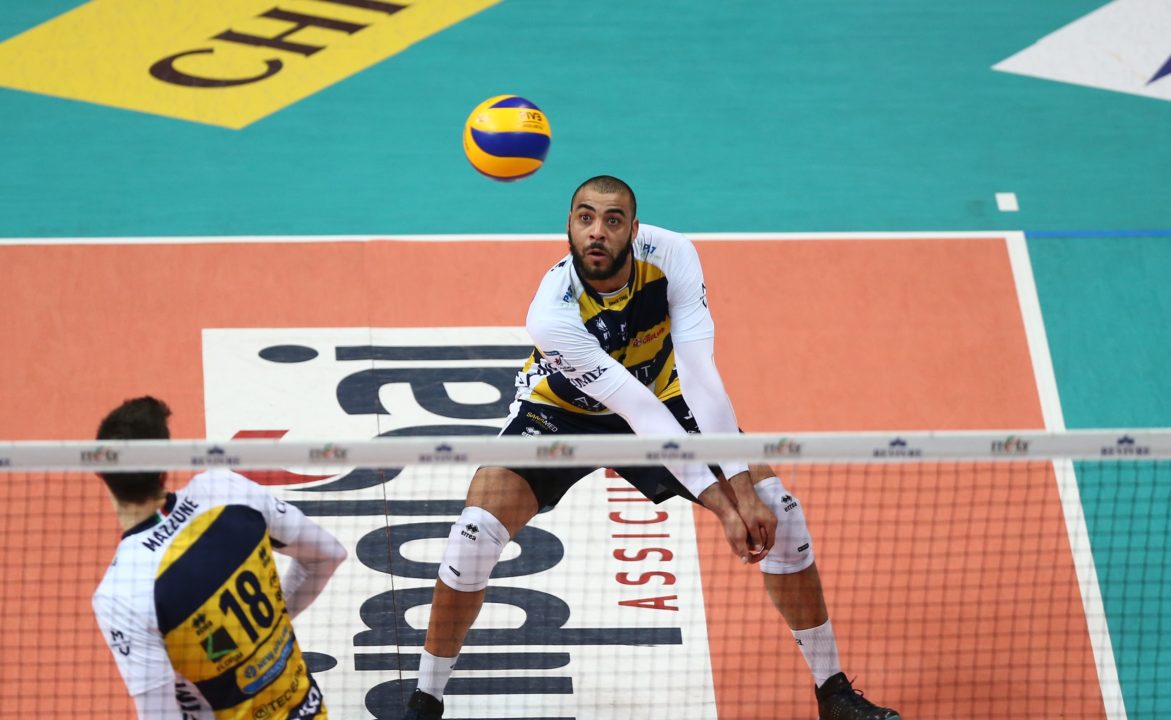 Revivre Milano takes down a dominant Modena team without their star player.  Current Photo via legavolley.it

This Wednesday edition of the SuperLega was this close to being predictable. Every higher ranked team won their game with relative ease, with only one match going to 5 sets, except for one startling exception. Revivre Milano took down powerhouse Azimut Modena in a thriller, finished off with the most clutch ace of the season courtesy of Klemen Cebulj.

The match between Modena and Milano showed the importance of depth when constructing a roster in volleyball. Modena was missing both Giulio Sabbi and Andrea Argenta, both more than capable players and their two opposites on the roster. Milano was without the league-leading scorer Nimir Abdel-Aziz. The trio of outsides for Milano, Kevin Klinkenberg, Ruben Schott, and Klemen Cebulj, stepped up to the plate in his absence, responding to an increased workload with a combined 41/72 hitting. Earvin Ngapeth stopped countless break points in the fifth set for Modena,  scoring almost every time he touched the ball, but all it took was one lapse for his superhuman performance to be for naught.

Other notable games this week was a beatdown of Padova by Piacenza, sending Padova out of the playoffs, and the third set between Bunge Ravenna and BCC Castallena Grotte that ended up at 37-35, one of the highest total scores of the season.

The marquee match will happen on Saturday this weekend, a rematch of the Italian Cup finals between Civitanova and Perugia. Aleksander Atanasijevic, Ivan Zaytsev and the rest of the Perugia squad looked unstoppable in the last matchup, but Civitanova is a team I would never count out of the fight.