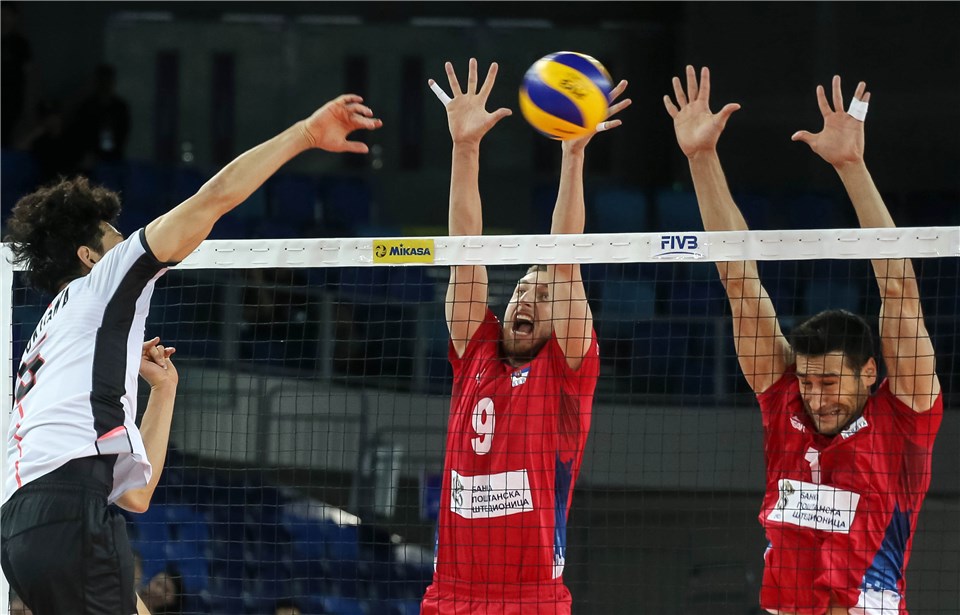 Nikola Jovovic is staying in Turkey for the 2018-2019 season, but has signed with Ziraat Bankasi Ankara.  Current Photo via FIVB

Serbian setter, Nikola Jovovic, finished his first season in Turkey with Arkas Izmir. They finished the regular season in 2nd place with a 15-7 record.  A defeat 3-1 in a best-of-5 series in the finals to Halkbank Ankara gave them silver medals for the season. Arkas chose not to renew Jovovic’s contract, and he has landed at Ziraat Bankasi for 2018-2019.

Ziraat Bankasi also finished the regular season with a 15-7 record, but they were 4th in the standings. After being upset by Istanbul BBSK in the quarterfinals of the playoffs, they were relegated to the 5th place playoffs. They lost 2-1 in a best-of-3 series to Maliye Piyango to land in 6th place. Since the the season they have lost several national team players including Bartosz Kurek (Stocznia Szczecin), Oleg Antonov (Ural Ufa), and David Konarski (Jastrzebski Wegiel).

Jovovic has made over 150 appearances for the Serbian National Team. He helped them win bronze medals at the CEV European Championships in 2013 and 2017. In addition to his continental medals, Jovovic has a silver medal from the 2015 World League, and a gold medal from the 2016 World League. He has been the primary setter for Serbia in the Volleyball Nations League with the 2nd-most running sets in the Preliminary Round at 8.35 per set. Serbia will open the VNL Final Six against Brazil on July 5 at 2:45 EDT.