NORCECA U19 Boys’ Continental Championship: Cuba Downs USA; On to the Quarters 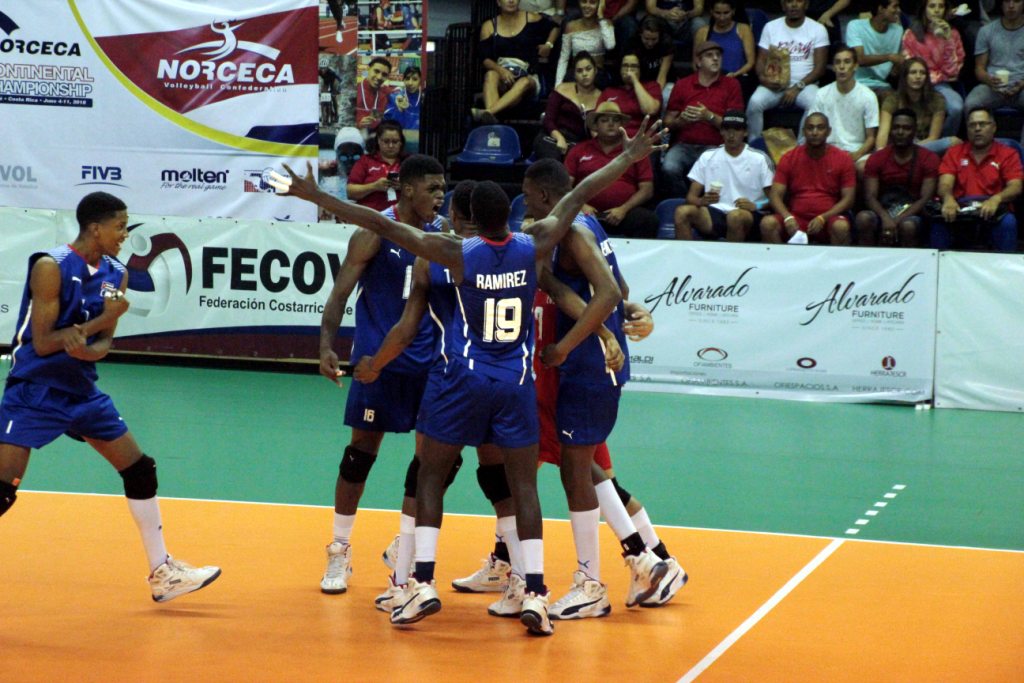 Cuba took down the United States to win Pool B and earn a bye to the semifinals. Archive Photo via NORCECA

The buzz may have been on the de facto title for Group B, but Group A had one as well. Despite being the home team, Costa Rica was swept in the match by Puerto Rico, rounding out the order of teams in the pool. At 2-0, Puerto Rico looks to be a legit contender after outscoring their two group opponents by a combined 150-84.

The Puerto Rican defense stifled Costa Rica to just 12 kills while they posted 40. Part of that was a strong serve that notched a 6-0 edge in aces. While 11 different Puerto Rican players got on the score board, including 10 at three or more points, they saw exceptional outings from Sebastian Negron (10 points) and Wilmer Hernandez (eight points).

Puerto Rico captain Wilmer Hernandez: “We haven’t reached our goal to qualify for the world championship. My team did a good job in every aspect of the game, our execution was almost perfect. We are prepared to face United States in semifinals, it will be demanding.”

Costa Rica captain Juan Diego Arrieta: “Facing opponents like Puerto Rico makes you realize that there is a lot to work on; they were aggressive in spikes and very intelligent. We scored some good points, but they blocked us well”. About facing Guatemala, he indicated “we know each other well, they are strong and it will be a tough match.”

The headline of Group B was for the pool victory, but this one was still important as the winner would head to the quarterfinals and the loser would be the first team eliminated from the competition. That distinction went to Honduras, who won just one set in their three matches. Meanwhile, Guatemala moves on to face Costa Rica in the elimination round.

The block actually went Honduras’ way, but the serve and mainly the attack led to the Guatemalan victory. In total, they notched 38 more kills, more than enough to erase a 16-point error disparity. Spearheading the effort was four different players for Guatemala in double-digits for scoring compared to none for Honduras.

Guatemala head coach Luis Fernando Castañeda: “I am satisfied to keep on moving forward. We were strong to make sure and make it into quarterfinals; we were hoping to win 3-0.  Our attacks were very effective and we had strength in serving.”

With the Pool B title on the line, Cuba took down the U.S. Boys’ Youth National Team. It wasn’t a shocking result, as Cuba is the defending champions in the event, but it was a bit surprising that Cuba did so in straight sets – although that was in doubt in the third.

Cuba wasn’t overwhelmingly better than the Americans in any aspect, but slight advantages in kills, blocks, aces and lack of errors all added up into the sweep. The brilliance of Victor Ramon Andreu Flores (13 points) and four others who totaled between six and nine points was too much for a dynamic Team USA duo of Alex Knight (11 points) and Scott Solan (11 points) with just 15 combined points from everyone else. If the U.S. Boys’ Youth National Team can find more balance, they’ll have a shot to get revenge on Cuba though as a rematch could loom in the elimination round.

Cuba head coach Mario Raul Izquierdo: “This is what we came for, moving one step at a time of reaching the goals we set since our preparation. The competition is going as planned, facing each match focused. I want to dedicate this qualification to semifinals to everybody in Cuba we want them to be proud of our new generation of players.”

USA head coach Brad Keller: “I really like the fact that we go better as the match went on, that we stayed together and that at the very end we were with them. Hopefully we can have the opportunity to face them again, but first we have to take care of Nicaragua.”