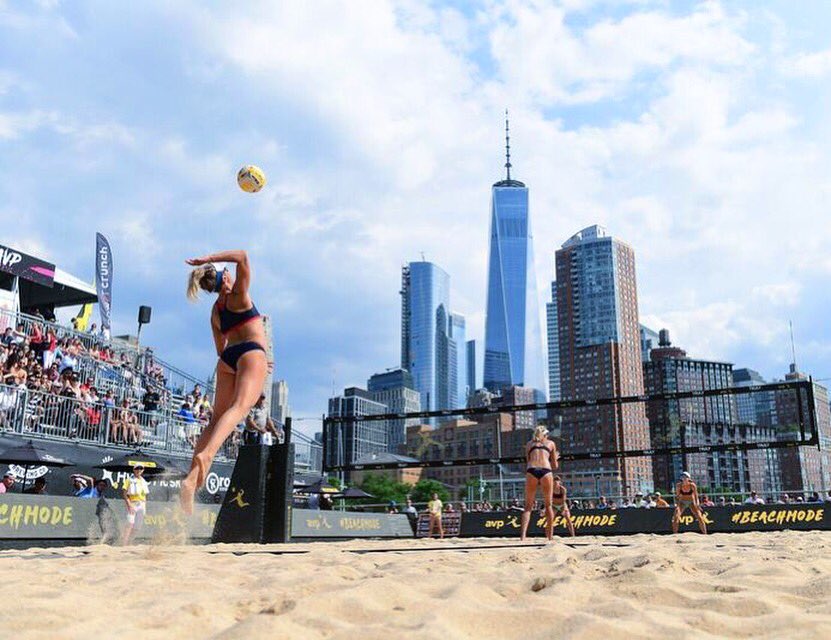 Seeds 1, 2, 3 and 5 picked up two wins a piece to move on to the AVP New York Gold Series quarterfinals on both the men's and women's sides.  Current Photo via Robert Beck, care of April Ross twitter

The top three seeds are through to the quarterfinals on the men’s side, with fifth seeded Billy Allen/Ryan Doherty rounding out the group.

Top seeded Phil Dalhausser/Nick Lucena survived a scare from No. 8 Ricardo Santos/Chaim Schalk in round two of Friday’s action, rebounding from a Set 1 loss for the 17-21, 21-13, 15-11 win.

No. 2 Theo Brunner/John Hyden advanced with a pair of straight set wins, moving past No. 15 Mark Burik/Ian Satterfield, who came through Thursday’s qualifying, and No. 7 Jeremy Casebeer/Reid Priddy.

Crabb/Gibb will meet Brunner/Hyden at 1:15 p.m. ET for a spot in the semifinals, while Dalhausser/Lucena will face Allen/Doherty at 3:25 p.m.

On the contender’s side of the bracket, No. 12 Ed Ratledge/Roberto Rodriguez are the lowest seeded team remaining. The pair dropped the other side of the bracket with a first round loss to Allen/Doherty, but has recovered to defeat No. 13 qualifiers Ty Loomis/Piotr Marciniak to stay alive. Eight teams remain in the contenders bracket, with the four matches set to begin at 10:10 a.m. ET. From there it will take two more victories to earn a spot in the semifinals.

No. 3 April Ross/Alix Klineman won in straight sets in Round 1, setting up a meeting with No. 6 Kelley Larsen/Emily Stockman. Klineman/Ross dropped the opening set, but came through for the 17-21, 21-13, 15-12 win.

No. 5 Nicole Branagh/Brandie Wilkerson rounded out the winners group. The pair lost its first set of the tournament to No. 12 Karissa Cook/Katie Spieler, but rebounded to win 19-21, 21-13, 15-7. In Round 2, the pair swept past No. 13 Aurora Davis/Bree Scarbrough.

Claes/Hochevar will meet Ross/Klineman at 12:15 p.m. with a spot in the semifinals on the line, while Hughes/Ross will take on Branagh/Wilkerson at 2:25 p.m.

No. 4 Emily Day/Betsi Flint flipped over to the contender’s bracket with an opening round loss to Davis/Scarbrough. The pair responded with a tiebreak win over Cook/Spieler (13-21, 21-14, 19-17).

Davis/Scarbrough are the lowest seeded team left among the eight contenders, which begin action at 10:05 a.m. ET. 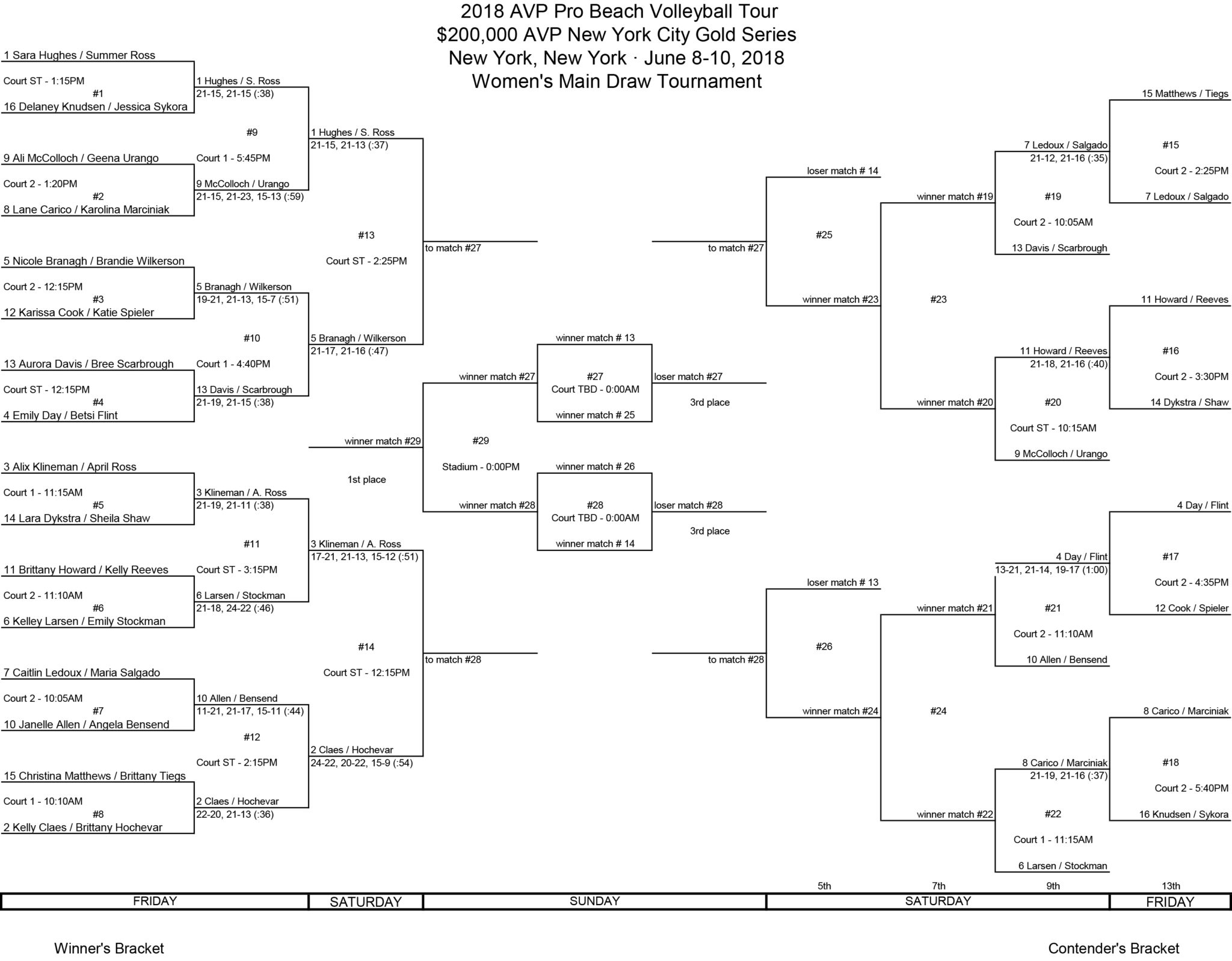 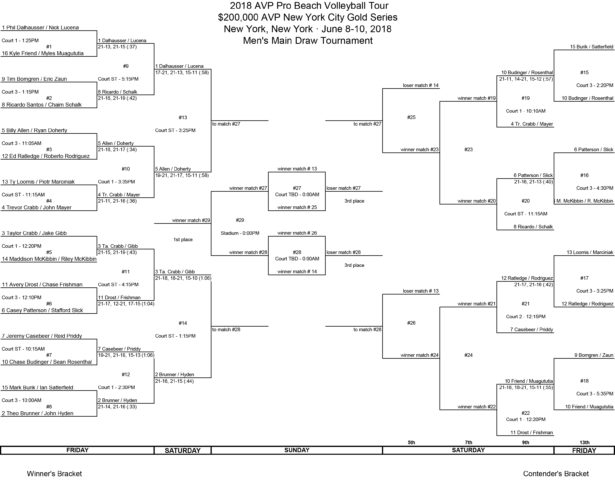