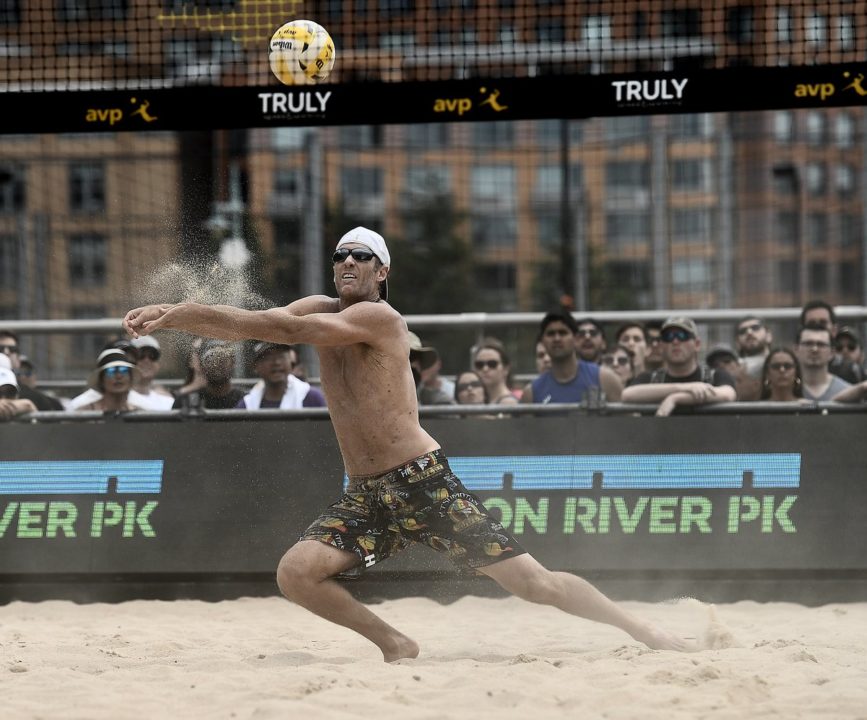 The semifinals are set for the New York City Gold Series event with seeds 1, 2, 3 and 5 set to vie for the title in both the men's and women's events. Current Photo via AVP

The semifinals are set for the New York City Gold Series event with seeds 1, 2, 3 and 5 set to vie for the title in both the men’s and women’s events.

Allen/Doherty dropped to the contender’s bracket, where they bested No. 7 Jeremy Casebeer/Reid Priddy in straight sets. Brunner/Hyden played their way back in with a straight set win over No. 10 Chase Budinger/Sean Rosenthal.

Dalhausser/Lucena won the season-opening Austin Open, May 20, while Allen/Doherty were fifth and Brunner/Hyden were ninth.

On the women’s side, the semifinal field is led by top seeded Sara Hughes/Summer Ross. No. 2 Kelly Claes/Brittany Hochevar, No. 3 Alix Klineman/April Ross and No. 5 Nicole Branagh/Brandie Wilkerson round out the group.

The semifinals pit Hughes/Ross against Claes/Hochevar at 12:15, while Branagh/Wilkerson and Klineman/Ross face off at 1:15. The first match will see former collegiate partners Hughes and Claes battle it out.

Klineman/Ross took the Austin Open title on May 20, while the other three pairs did not compete in the event.