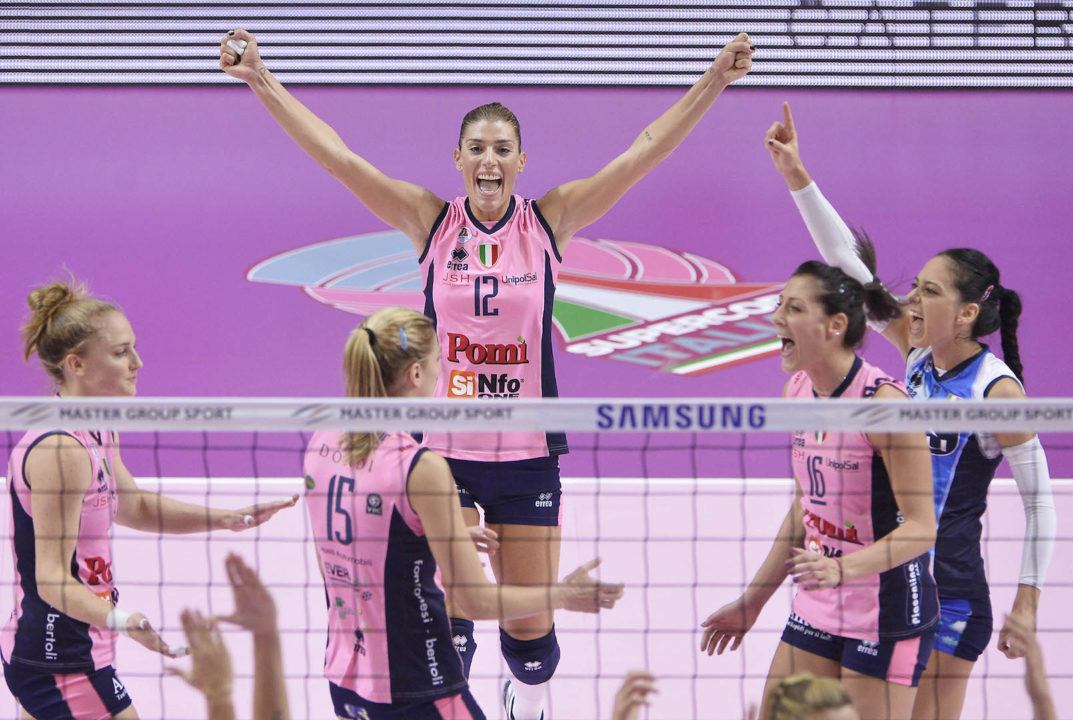 Bruno Cattaneo, the president of the Italian Volleyball Federation, announces reduction as an intent to better the results of Italy's female national team. Which American players can be affected by these new rules? Current Photo via Casalmaggiore

According to Gazzeta.it, Italy’s bad result in the 2017 Women’s CEV European Championships have left a bitter taste on the mouth of Bruno Cattaneo, the president of the Italian Volleyball Federation. He stated that it is in the best interest of Italian volleyball to reduce the number of foreign players in the female national championships at its two top tier leagues (A1 and A2). According to him, this would help tomthwart an ironic logic, as foreign players come to Italy to develop their skills and careers, and later help their national teams eliminate Italy’s squad in international competitions:

There is so much disappointment regarding the elimination from the European Championship, it still burns. It was not foreseeable, especially if we look at the Grand Prix and World Cup Qualifying results. For the next 3-4 years we have to decrease the number foreigners in the league. Each team will be allowed to have two foreigners in their roster instead of the usual three. Consider the Netherlands, who knocked us out of the CEV European Championships, almost all of its athletes play or have played in Italy, so we have to do something about the presence of too many foreigners in our league.

In the current rules, each A1 or A2 team must have at least 4 Italian players on the court at all times. In addition, as from this season, a maximum of two players from one federation will be allowed in each team’s roster. The new foreign player regulations will not apply for the Men’s championship as of now.

As of today, 12 Americans are playing in Italian Women’s Volleyball League Serie A1. This number can see a significant decrease as the new regulation comes into play for the next season. The players are:

In addition, the following American players are playing in Italian Women’s Volleyball League Serie A2: