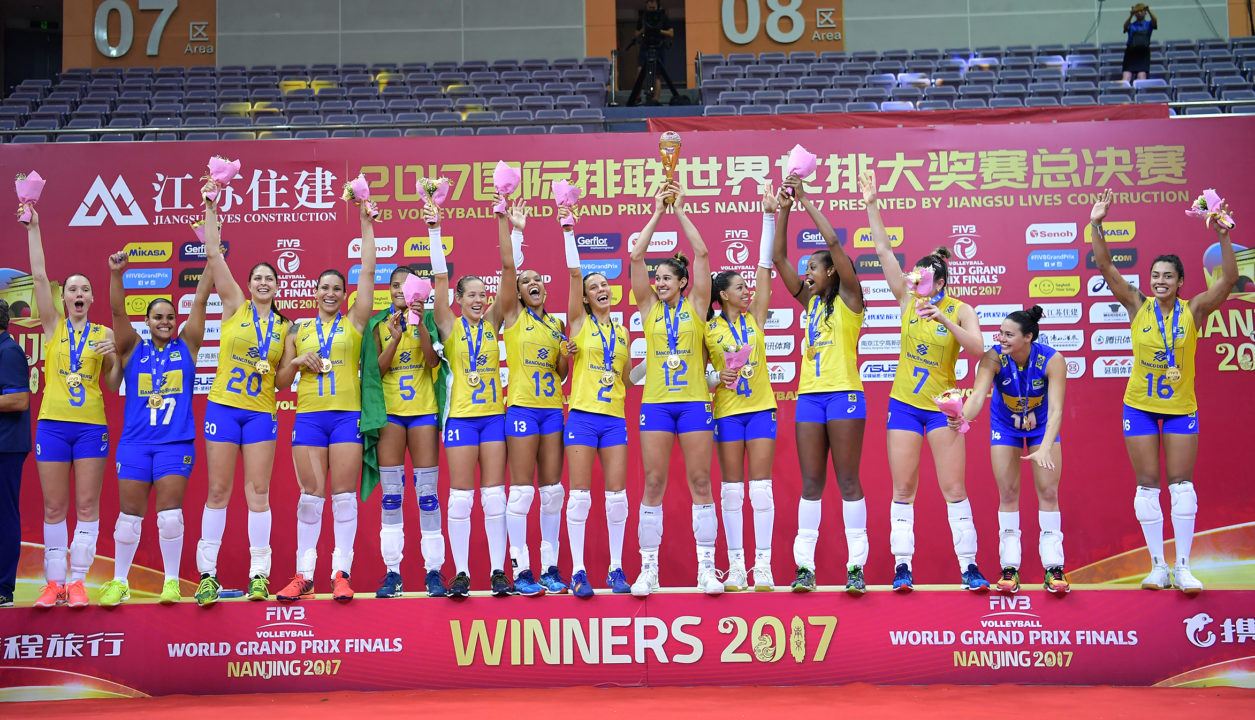 Even as the defending FIVB World Grand Prix gold medalist, Brazil wasn’t the favorite coming into the Final Six. They still made it through to the semifinals and eventually the championship. There was a growing sense that they were back after a rough 3-3 start, but it seems as if they peaked at the right time as they just held off the Italians for a five-set victory in the finals.

It’s the 12th World Grand Prix title for Brazil, in addition to their fourth in five years. For Italy, it was a valiant effort and a remarkable run after starting 0-2, but they fall just short of their first championship in the event as they pick up their third ever silver and seventh medal.

Things got going with a tight first set that would go the Brazilian’s way, as the attack of Tandara Caixeta and Natalia Pereira were prevalent and just enough to eek out the first set win. Caixeta and Pereira would go on to tie for the Brazilian lead with 22 points, as they combined for 39 kills on 82 attempts in addition to 24 digs.

Italy countered in the second with the most lopsided of the sets in terms of point differential. Young superstar Paola Ogechi Egonu stayed strong, as she was all match en route to 29 points, and came up large in the set. She would go on to total 25 kills on 52 swings and was one of four Italians in double-digit points.

The third and fourth sets were mirrors of each other, although the team who came out on top differed. In the third it was Brazil after they started a different libero, Gabriella Souza, over their initial starter, Suelen Pinto. The move added to Brazil’s defense as Souza would finish second on the team with 11 digs. The following set went to the European side, as Caterina Bosetti (17 points, 14 digs) and Cristina Chirichella (14 points) added to Egonu’s stellar attack.

After rotating set wins, the fifth was all that was left. A big factor throughout the match was Brazil’s block, which came up on top in the fifth. Adenizia Da Silva and Ana Beatriz Correa combined for nine blocks and with Caixeta and Pereira, Brazil soared in front and coasted for a 15-8 final set victory.

Brazil used a cleaner match and a strong block to thwart Italy’s dominant attack and edge in the ace department. Italy had 12 more kills than the Brazilians (68-56) and two more aces (5-3), but the block of the South American side not only swung a large edge in points (15-9), but it also led to a more error-laden match for Italy. In total, the Italians had 31 team errors to Brazil’s 22. You add it all up and Brazil won in total points by exactly one tally, indicative of the match.