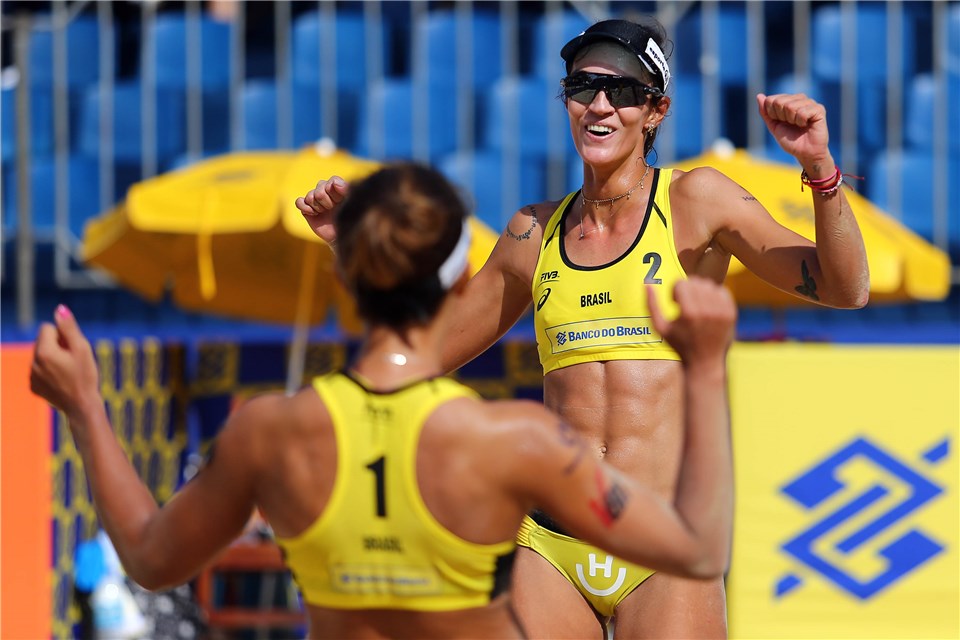 Old wisdowm dictates that it is better not to mix love and work. 2016 Rio Games silver medalist Barbara Seixas will tell you the opposite. Currently the best ranked Brazilian in FIVB’s Beach Rankings, she recently spoke to fans about what it’s like to be coached by her husband, Ricardo Freitas (Globo.com):

“We have an intense relationship, as we practically spend our whole day together, from the moment we wake up from when it’s time to sleep. Look at it from that perspective, it can be tiring if you don’t know how to deal with it. The good side of it all is that we have the same dreams and goals. He always believed in me and in our work. I am used to say that Rico is two different people in one. He is really different inside and outside the court. During training sessions, he is very stern and disciplined, very demanding and “annoying, always pushing. He is a perfectionist. Outside of the courts he is a loving sweetheart. We still have a lot of work in front of us, and Tokyo is our biggest dream.”

It’s safe to say most people would not deal well with that situation, such is the case with many coach-athlete couples. However, Barbara and Ricardo are making it work, as the duo, together with Barbara’s sand partner Fernanda Berti are displaying dominating performances at the current FIVB World Tour season. In the last few months alone, the trio won gold in the Huntington and Ft. Lauderdale Majors, with much more to come still in 2018.