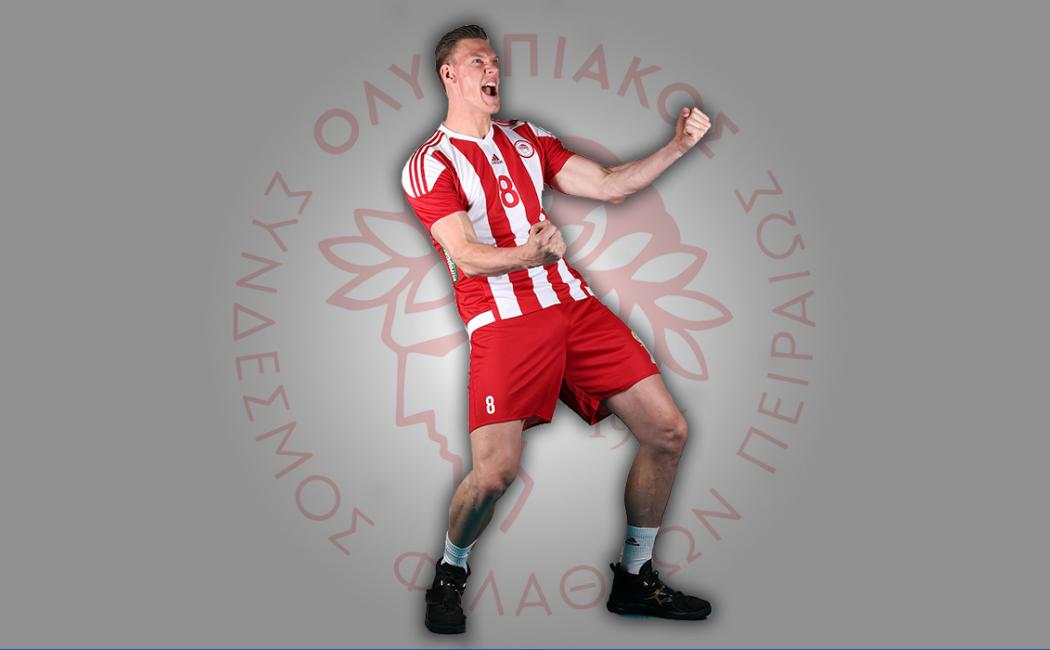 . The 32-year-old 6'11" giant is one of the best middle blockers of his generation Current Photo via www.olympiacossfp.gr

Greek club Olympiacos has announced in its official website that it has extended ties with German middle blocker Marcus Böhme for one more season. The 32-year-old 6’11” giant is one of the best middle blockers of his generation, having led Germany’s national team to a bronze medal finish at the 2014 World Championship and a silver medal finish at the 2017 EuroVolley. He was awarded the best middle-blocker prize in both of these competitions.

Here is how he reacted to the news:

“I am very happy that I will compete in Greece’s Olympiacos again! The climate in the team is great, there it is an incredible organization and our goals are to be at the top of each event. Last year was a successful year, but this year we want everything and I’m ready to give my best, along with my teammates, to make it. Not all athletes have the chance to play in front of such audiences and I certainly feel privileged to have lived and experience such experiences with the Olympiacos world!”

Olympiacos cruised to a 22-0 record last season, taking their perfect record into the playoffs, where it won the title after yet another 8-0 run.