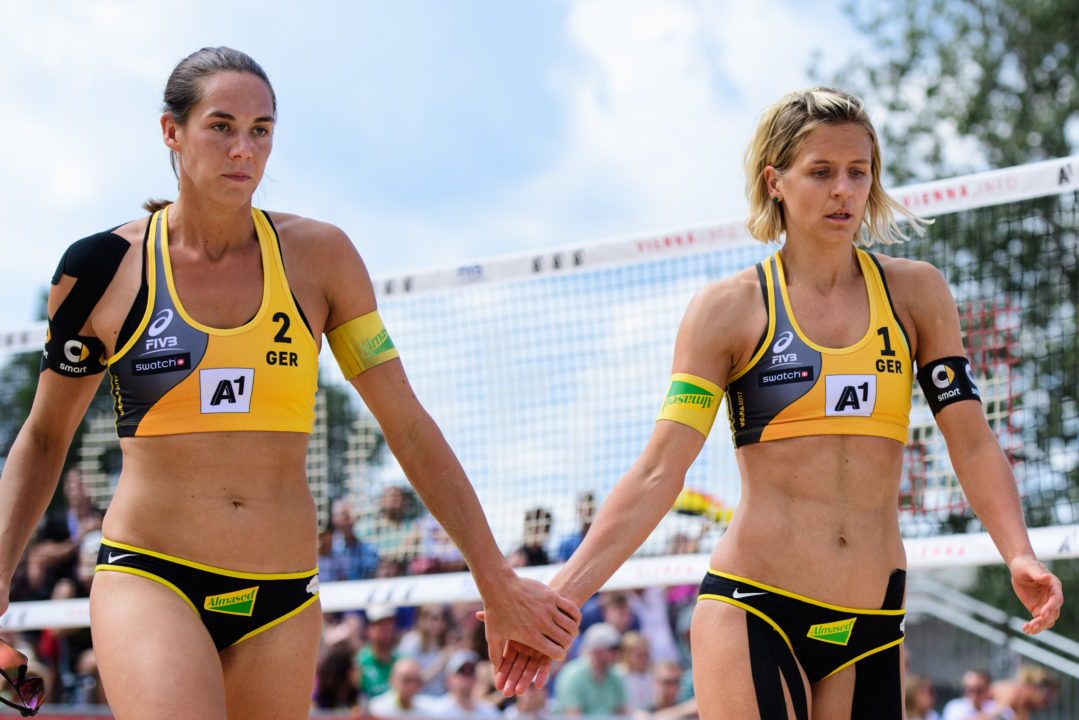 The world's best beach volleyball pair for most of the last 4 years has returned to training after more than a year off the sand for Laura Ludwig. Archive Photo via FIVB

It’s been over a year since the defending Olympic champions, Laura Ludwig and Kira Walkenhorst of Germany, have played a game of competitive beach volleyball together. On Tuesday, the pair took their first concrete steps toward the defense of their Olympic title with their first team training session since Ludwig gave birth to her son Teo Johnston in late June. Teo was the first child of Ludwig and her partner Morph Bowes: the coach of the German Women’s National Team.

The twosome posted a photo from their training session on Tuesday. The self-evaluation after the session: “the hand-eye coordination has been better, but it was just sooooo cool to train together again,” noting that an outdoor session in mid-October in Germany is a rarity.

The pair has begun their countdown to the 2019 World Championships, where they’ll have a chance to defend their title at home in Hamburg. The landscape will look very different from when they won their last world title. The Brazilian pair of Larissa/Talita that they beat in the semi-finals and the American pair of April Ross/Lauren Fendrick that they beat in the finals have both split up. In fact, the teams that they beat in at least the last 4 rounds of the tournament have all split up as players align themselves for the start of Tokyo Olympic qualifying.

Ludwig, too, is expecting her first child in 2018, but in her case she won’t have to miss much time off the court: her wife, Maria, is carrying the child, which is due in December.

First training as a team. The countdown to the World Champs has just begun. Feels amazing!