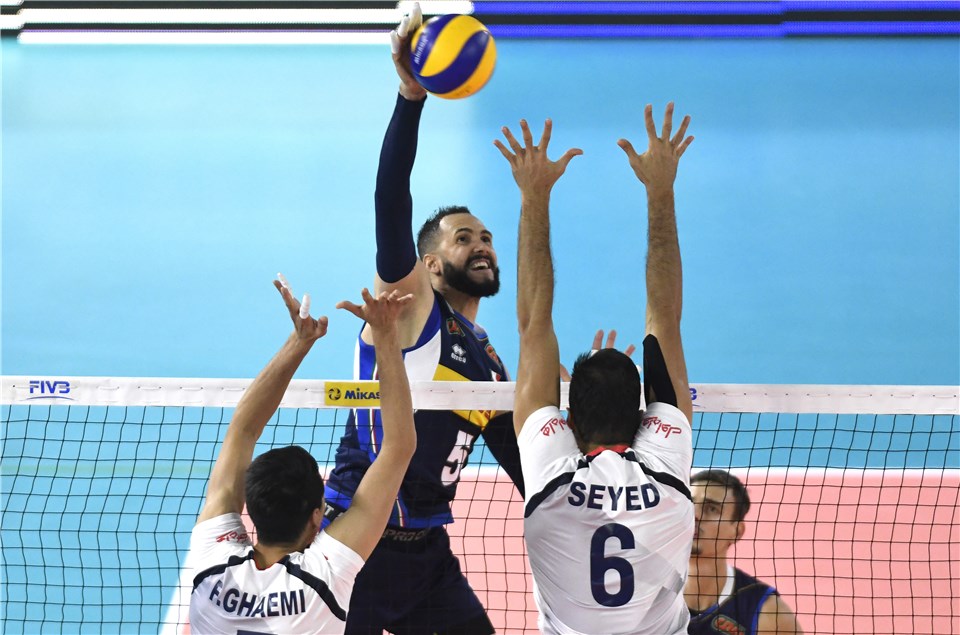 After scoring the majority of Italy's points thus far in the VNL, Osmany Juantorena and Ivan Zaytsev will not be travelling with the team to Osaka, Japan in Week 3.  Current Photo via FIVB

After a difficult weekend for the Italian team in which they lost 3-1 to Canada and 3-0 to Argentina, they are resting their two most productive players in Pool 10. Ivan Zaytsev and Osmany Juantorena will not be making the trip to Osaka, Japan during the third weekend of the Volleyball Nations League when Italy will play Japan, Bulgaria and Poland. Those two players account for 55% of the Italian’s points (excluding points scored by opponent error) in the Volleyball Nations League.

Zaytsev is leading the way for Italy with 119 points scored so far in the tournament. He is 2nd on the list most points in the competition, behind Chuan Jiang of China who has scored 134. The first choice at opposite for Italy has contributed 99 kills, 12 blocks, and 8 service aces through 2 weeks. Osmany Juantorena‘s 84 is good enough to land him 7th on the list of best scorers. The outside hitter born in Cuba has produced 70 kills, 10 blocks, and 4 aces.

Giulio Sabbi will be the choice to replace Zaytsev, and Filippo Lanza will fill the void left by Juantorena.  Both of these players will be making their first appearance in the Volleyball Nations League. Luca Spirito, Fabio Balaso, and Gabrielle Maruotti will also be making in the squad for the first time in this tournament.  The entire 14-man selection is as follows:

Italy is in 7th place in the standings with 9 matches left in the preliminary round. They need to be in at least 5th place to guarantee qualification to the finals in France (if France finishes in the top 5, the 6th place team qualifies).