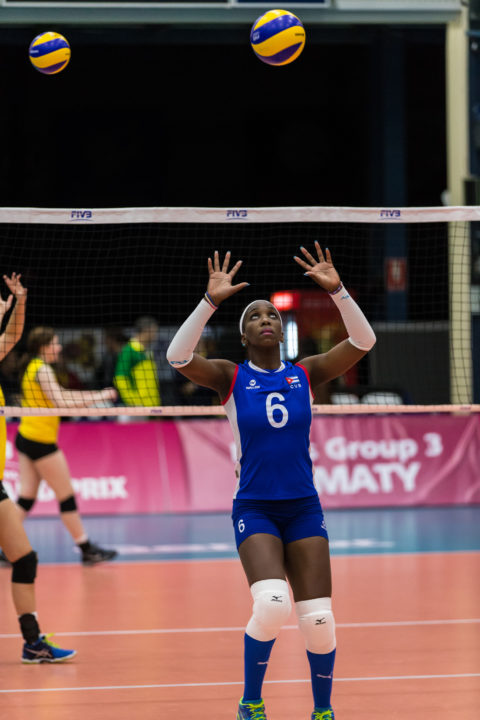 Peruvian club UCV Deportes has announced in its official Instagram page the signing of two Cuban national to its team: Daymara Lescay and Laura Suarez. Lescay is a 6’0″ tall, 25-year-old middle blocker that is part of Cuba’s national volleyball team, for which she played in many international competitions, including the 2010 and 2014s FIVB Volleyball Women’s World Championships. This will be her second season in Peru, as she played for Jaamsa last year. Lescay is not a defector, as she has permission from the Cuban government to play abroad.

Suarez, who is also a middle blocker, is 6’1″ in height and 19 years old. She defended Cuba’s color last year at the 2017 FIVB Women’s U23 Championship in Slovenia. She also has permission from the Cuban government to play abroad (Remember on VolleyMob: two of Suarez’s compatriots defected from the team during that tournament and chose to stay in Slovenia. One of them signed in France last week).

The Peruvian League has just started. UCV currently sits in 7th place on its standings with a 1-2 record. This season the squad will definitely have a Cuban flavor. Here is a translation of the team’s announcement, along with the original post:

“On Tuesday, January 2, 2018, Cuban volleyball players Daymara Lescay and Laura Suarez, who will be the foreign reinforcements for Cesar Vallejo University’s squad, arrived in the country. Both volleyball players just arrived in our capital, put on their new skin and were very happy to sign with a large team such as the César Vallejo University.
The team’s coach, Ernesto Despaigne, along with the delegate of Vallejo, Paolo Cuya, welcomed our two foreign players. This Wednesday, January 3, the two volleyball players will join training and meet their new teammates.”