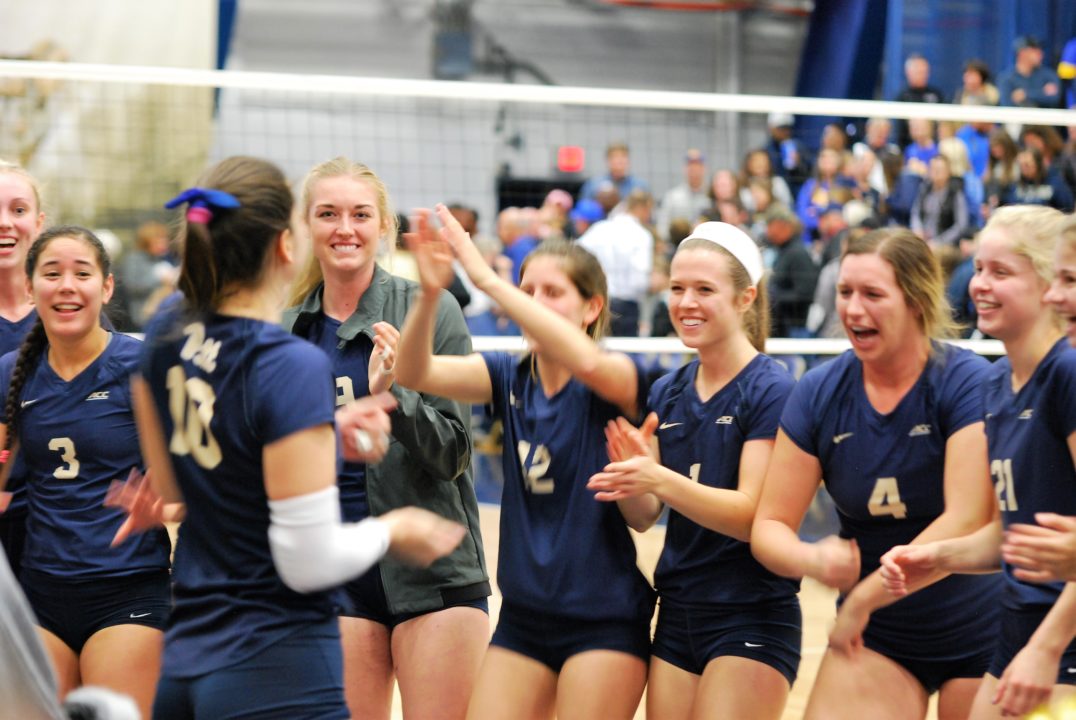 After a rousing 3-1 win over ACC #2 Louisville in front of the largest crowd in program history on Sunday, the 22-0 Pitt Panthers will finally be able to exhale after facing the toughest part of the ACC schedule up-front, and still emerging unscathed.

Pitt’s next 5 matches will be against Wake Forest, Duke, Georgia Tech, Clemson, and Duke again. None of those 4 teams (5 matches) are better than 5-5 in the ACC this season.

The Panthers will then have a challenging trip to Florida to finish in the penultimate week of the season, where they’ll face Florida State (13-7; 9-1 ACC) and Miami (11-6; 7-3 ACC). Pitt beat those two teams 3-1 and 3-0, respectively, at the end of September, but both have played very well since then.

BYU, meanwhile, rolled over Loyola Marymount and Pepperdine in sweeps at home last week, and now will head north for matches against Portland (16-5, 4-5 WCC) and Gonzaga (6-14; 3-6 WCC). They won’t really be challenged again until they face San Diego the week after and then Saint Mary’s on the road the week after that. Those are the #2 and #3 teams, respectively, in the conference. San Diego is the only WCC team to have taken a set from the Cougars this season.

Note: rankings are based on RPI Rankings.