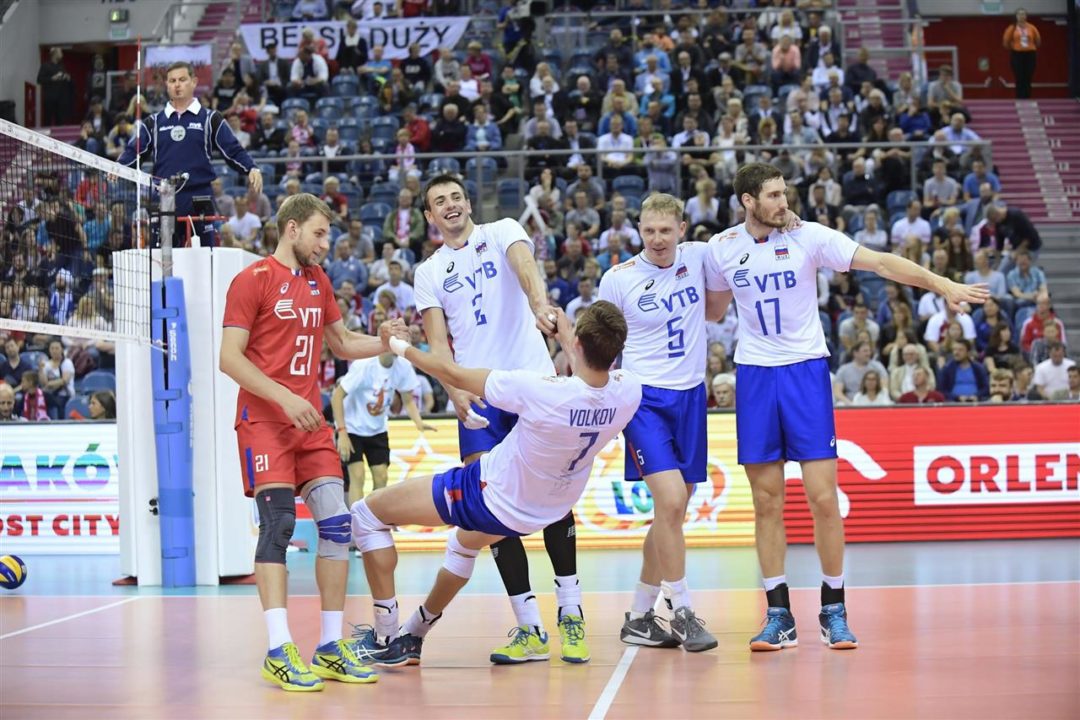 Russia is looking for a record 14th European title. Archive Photo via CEV

On Sunday, for the first time ever, Germany will play for European Championship gold when they face off against the powerful Russian team. Russia has won 13 European titles (including unified and USSR teams) – 7 more than any other team in history.

The Russians haven’t dropped a set so far at this year’s tournament en route to this gold medal game and will be heavily favored, receiving roughly 1:6 odds on one sportsbook (for every $6 wagered for Russia to win, just $1 will be paid out of they do).

More Facts about today’s final, Courtesy of the CEV:

Head-to-head
– Germany (including East and West Germany) and Russia (including Soviet Union) will meet for the 15th time at the European Championship.
– Germany recorded three wins against Russia in this tournament, in their very first meeting (3-2 in 1963 as East Germany) and in their last two (3-2 in 1997 and 3-0 in 2013).
– Russia won the 11 matches in-between, including nine wins in straight sets.
– Russia have won all of their European Championship meetings beyond the group stage: 3-0 in 1971 final round, 3-0 in 1983 final round, 3-1 for third place in 1993 and 3-0 for 5th-8th place in 1995.
– Their most recent meeting came in the qualification tournament for the Rio 2016 Olympic Games. Russia won 3-1.