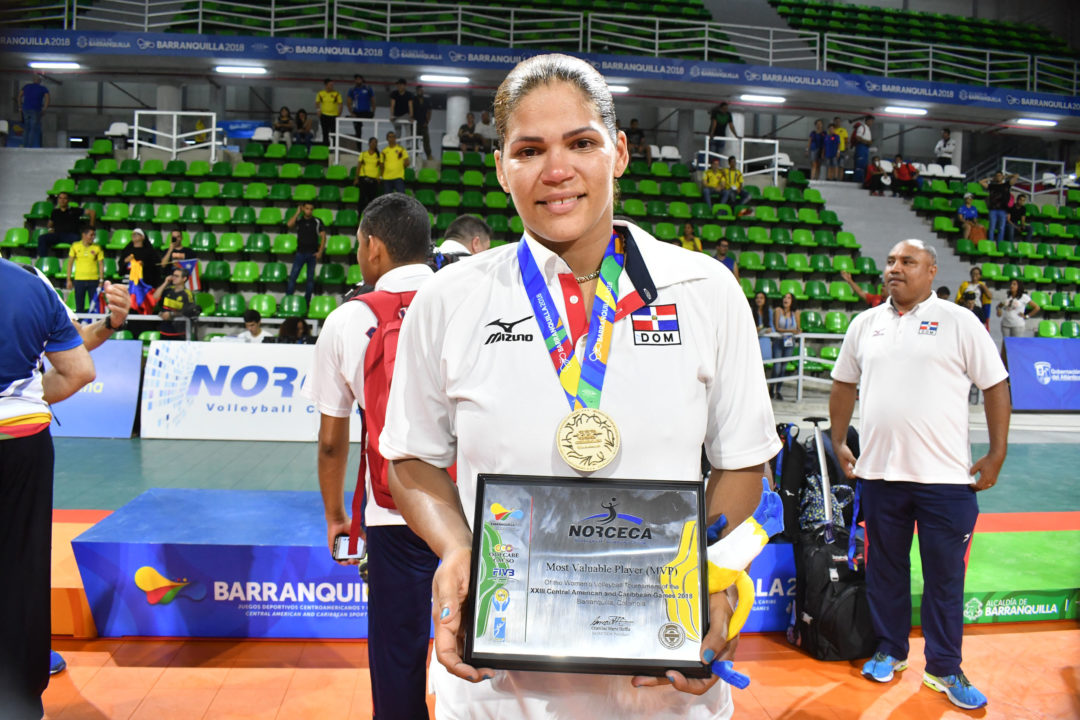 As the Dominican Republic claimed its fifth straight CACG crown, a streak which began in 2002, outside hitter Prisilla Rivera Brens was tabbed as the tournament's Most Valuable Player.  Current Photo via NORCECA

As the Dominican Republic claimed its fifth straight CACG crown, a streak which began in 2002, outside hitter Prisilla Rivera Brens was tabbed as the tournament’s Most Valuable Player.

Rivera managed six kills and two blocks in the gold medal match against Columbia. In the semifinal win over Puerto Rico, the outside hitter notched 10 kills and a block.

Rivera was the second leading scorer for the DR, posting 40 kills and eight blocks. She finished behind Gaila Gonzalez Lopez 65 points (56 kills, 9 blocks) and just ahead of Brayelin Martinez’s 46 points (40 kills, 6 blocks).

Three other Dominican Republic players were among the dream team honorees. Gonzalez Lopez was tabbed as best opposite, while Brenda Castillo was named Best Libero and Best Digger. Lisvel Mejia was the second best middle blocker. 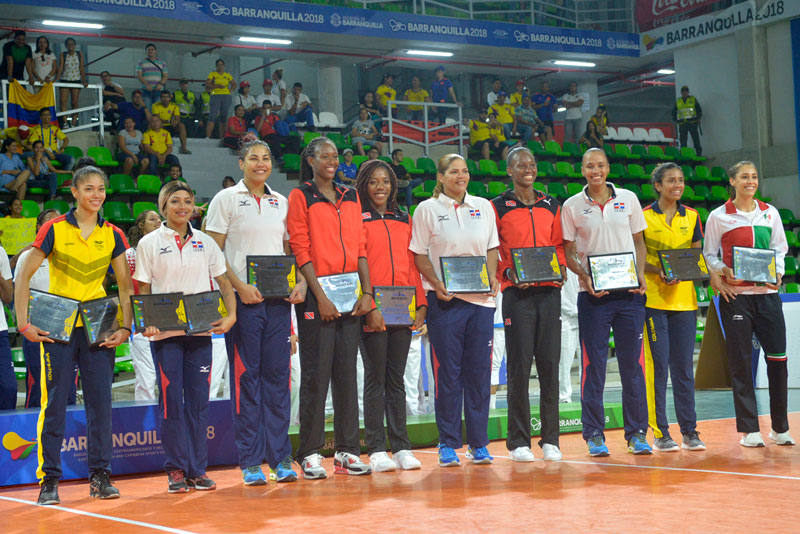