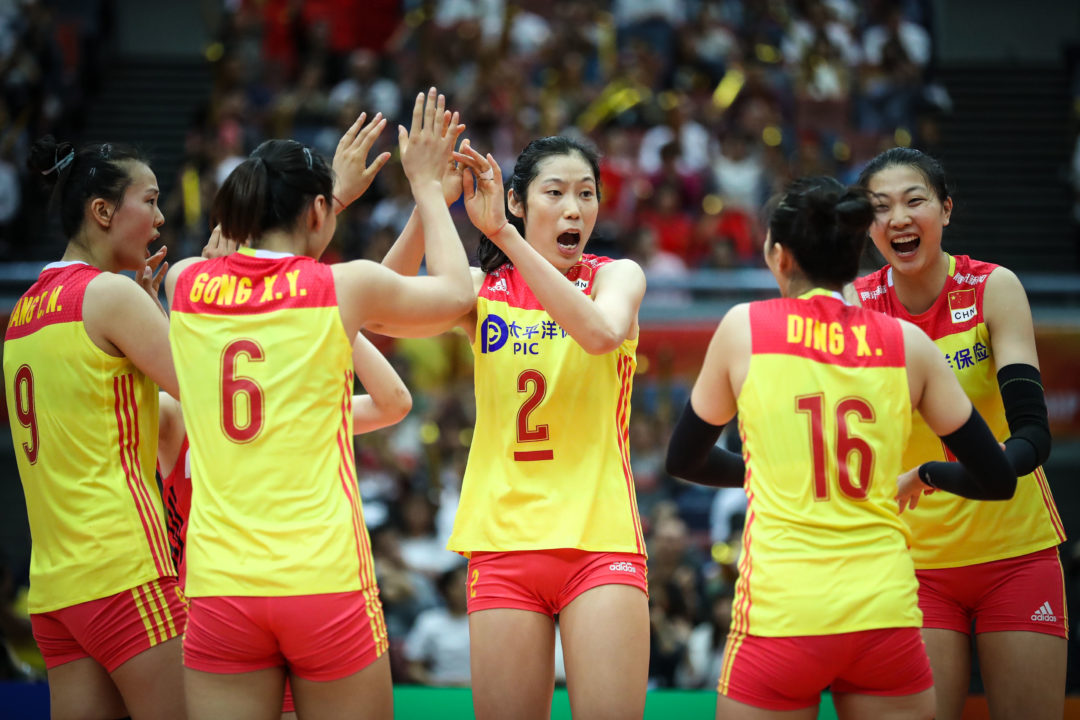 It's on to the 3rd round of 2018 FIVB Women's World Championships for #1 China, #7 Italy and #3 Serbia. The final 3 slots will be determined on Thursday. Current Photo via FIVB

7th-ranked Italy is atop Pool F standings with a perfect 8-0 mark, 24 points and a berth to the 3rd round of 2018 FIVB Women’s World Championship play after downing 5th-ranked Russia in 4 sets Wednesday.

Top-ranked China also punched its ticket to the 3rd round securing a sweep of the 2nd-ranked United States. The Chinese, who are 7-1 with 21 points, handed the Americans their first loss of the tournament with a dominant blocking performance and low-error volleyball.

Despite taking its first loss of the tournament Wednesday, 3rd-ranked Serbia is the only team from Pool E to qualify for 3rd round action thus far. The Serbs are 7-1 overall with 21 points.

Paola Ogechi Egonu’s dominant performance against 5th-ranked Russia allowed 7th-ranked Italy to advance to the Final 6 at the 2018 FIVB Women’s World Championship and remain unblemished in the competition at 8-0.

Ogechi Egonu led the Italians with 29 points, contributing 5 or more in each set. She posted 25 kills and a .500 attack percentage, while adding 2 blocks and 2 service aces to her line.

The Chinese were strong up front, outdoing the Americans 9 to 3 on the block, and efficient overall with just 8 errors to advance to the 3rd round of 2018 FIVB Women’s World Championship action.

Quote of the Day:

Italian team captain Cristina Chirichella reiterated her team’s goal to do something special this year after her squad bested Russia in 4 sets to qualify for the 3rd round of FIVB Women’s World Championships.

After dropping the 1st set to the Russians, 25-22, Italy rattled off 3-straight victories to record the comeback.

All times listed below in local Tokyo time: