“Refereeing throughout the match was disgusting” – Mikhail Shcherbakov 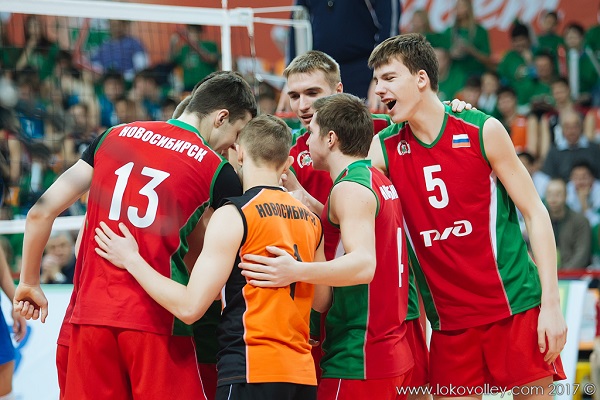 The first leg of Champions League Round of 12 was wild. But no other result shocked fans more than Belgian club Noliko’s sweep win against Russia’s Lokomotiv Novosibirsk. The Russian Superleague is one of the strongest men’s volleyball leagues in the world, and while Novosibirsk hasn’t performed up to expectations, they are still an established playoff team. They also only lost 1 game in the pool stage, so to lose to a team that made the round of 12 by the skin of their teeth is a crushing disappointment.

The game was shrouded in referee controversy, though, as Novosibirks later let the media know (Championat.com):

“If we talk about the match as a whole, Noliko is a good team, very tenacious, showed a good volleyball. Now if we talk about the ending and refereeing, I do not think that anywhere on Earth a game would be refereed like this. I can not explain this, this is the first time I encounter such a thing. Either this is a miscalculation of the European Volleyball Confederation, which allows such judges to work at matches of this level, or some political decision. Throughout the match refereeing was disgusting, be it with video replay or without it. From the very beginning, when our coach asked for video replay, they either did not show it at all, or showed it when it was already too late. Something is wrong. I want to say, of course, more, but now I’m afraid to say too much – there are a lot of emotions left.” Novosibirsk’s middle blocker Mikhail Shcherbakov

This is the first time I’ve ever seen somethng like this. What happened at the end of the match – it’s just an impudent decision. The whole arena, the entire volleyball world, saw the touch of the block! Noliko players themselves raised hands and acknowledged that there was a touch. Only the judges did not notice anything! In general, a self-respecting judge should not finish the game this way. Let the volleyball players determine the winner! The referee should not be the main character. Everything should be decided by players on the court. Novosibirsk’s coach Plamen Konstantinov

We have recently published a lot of stories on refereeing controversies here at VolleyMob. All of the reports accompany harsh allegations from the alleged victims. Will FIVB make a pronunciation about these recent scandals?