Chaumont Upsets Trentino in M. Champions League Round of 12 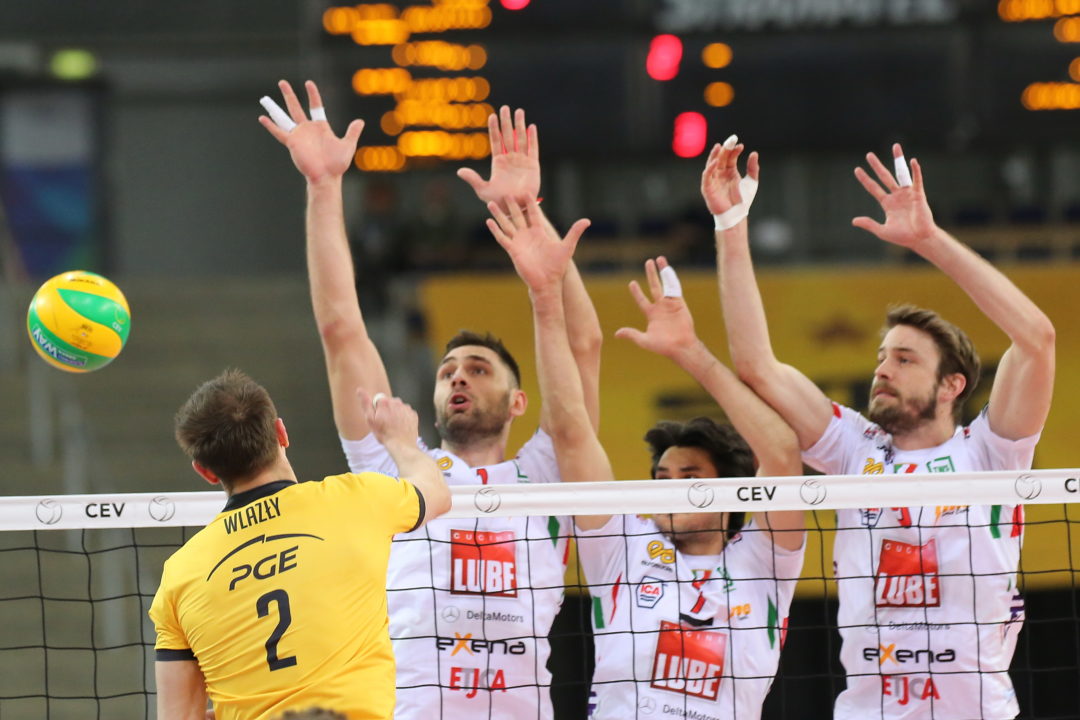 Multiple upsets took place in the first leg of the round of 12 in the male champions league, including 3 matches that went to 5 sets.  Current

Even Nostradamus could not predict the events of the first round of the Men’s Champions League Round of 12. With upsets that would make the March Madness 1st round blush, the day’s games lived up to expectations.

There was a lot of competition for the most surprising result of the day, but Noliko Maaseik‘s 3-0 sweep of Lokomotiv Novosibirsk has to take the cake. The Russian Superleague is one of the strongest men’s volleyball leagues in the world, and while Novosibirsk hasn’t performed up to expectations, they are still an established playoff team. They also only lost 1 game in the pool stage, so to lose to a team that made the round of 12 by the skin of their teeth is a crushing disappointment. Give credit to Maaseik though, thanks to a raucous home crowd and 17 points on 67% hitting from outside Kamil Rychlicki they seemed like the stronger team from start to finish.

The other unbelievable result from the day was a 3-2 victory by Chaumont over Trentino. The French squad was without their star opposite Stephen Boyer, who is one of the best young players in volleyball and an absolute force on offense. His role was filled in admirably by the youngster Wassim Ben Tara, who scored 18 points and played maturely for someone who turned 22 last week. This is the latest bump in the road for a Trentino squad that has had to deal with several lackluster performances in the face of a fanbase who have been spoiled with 3 champions league titles in the club’s history.  While Trentino is still likely to make it to the round of 6, provided all they have to do is win 3-1 or 3-0 at the PalaTrento next week, they will certainly be stopped there unless they improve their play.

The most anticipated match of the week was an incredible watch, as Lube Civitanova came back from down 0-2 to take down Belchatow despite 19 points from Mariusz Wlazly. This one could easily go to a golden set. The German showdown between Friedrichshafen and Berlin ended in a similar nail-biting fashion. And Perugia and Zaksa took care of weaker opponents with relative ease.