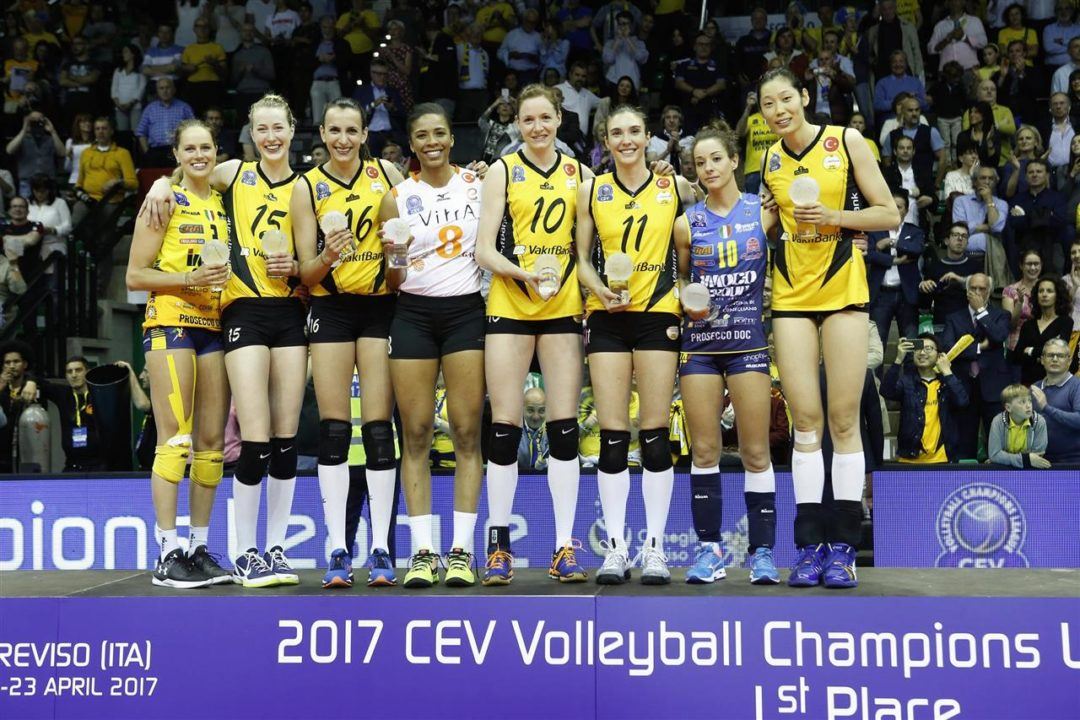 Ting led her VakifBank Istanbul squad to the CEV title, tallying 22 points and attacking at a .580 clip in the gold medal match and posting 24 points in the semifinal win. The 2017 season marked the first overseas for the Olympic gold medalist and MVP of the Rio Olympics.

In addition to Hill, who was a member of the USA’s bronze medal team in Rio, fellow Americans Kelsey Robinson and Rachael Adams made the list of the tournament’s best. Robinson starred for silver medalist and host team Imoco Volley Conegliano, while Adams plays for bronze medalist Esczacibasi Virtra Istanbul.