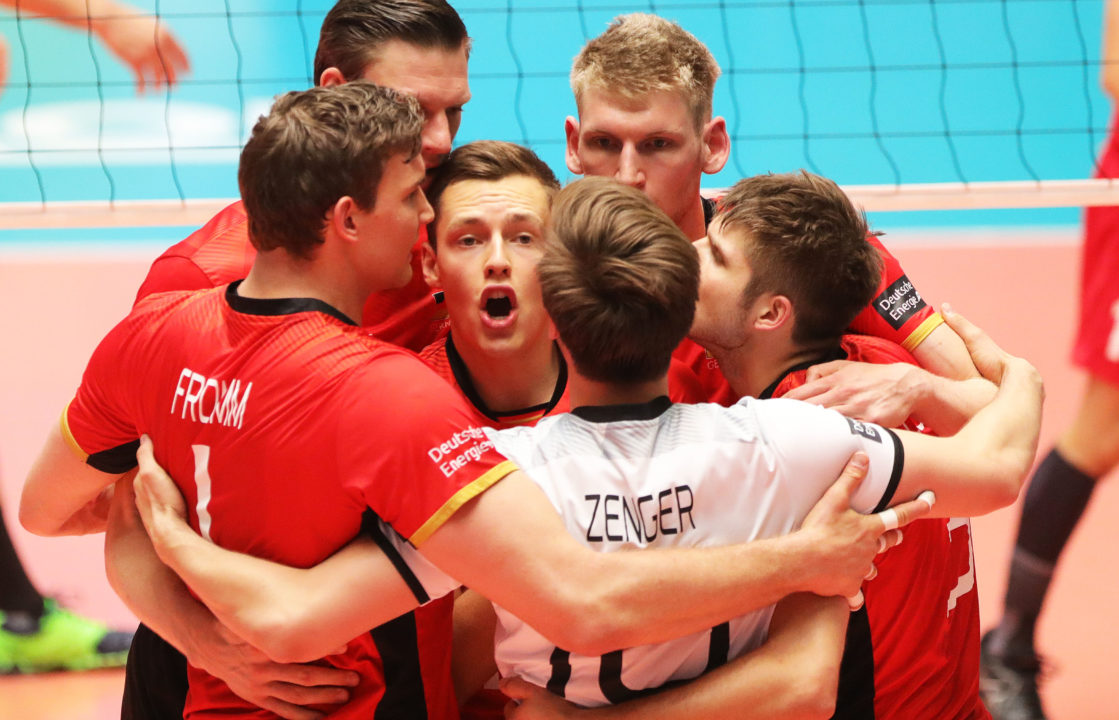 Russia seeks second Euro gold while Germany plays in the final for the first time.  Current Photo via FIVB

The gold medal matchup of the 2017 European Men’s Championship has been set as Russia will face Germany in Krakow, Poland. Russia, ranked fourth in the world, will be looking to win their second European Championship gold medal while Germany, currently the 10th ranked team in the world, is playing in the final match for the first time.

Russia dominated their semifinal match, defeating Belgium in straight sets. The Russian squad has relied heavily upon Maxim Mikhailov and Dmitrii Volkov throughout the tournament. Mikhailov leads the team with 71 points on 56 kills, 10 aces and 5 blocks,  while Volkov has points on 67 on 49 kills, 11 blocks and 7 aces. The Russian team, currently coached by Sergey Shlyapnikov, won the bronze medal at the 2016 Rio Olympics, but have not won a gold medal at a major international tournament since 2013 when the team won the European Championship, defeating Italy in four sets.

Germany earned their spot in the final by rallying to defeat Serbia in five sets. Gyrogy Grozer has carried the heavy load for Germany throughout the tournament, leading the team with 90 points in the tournament on 75 kills, 8 aces and 7 blocks. Denys Kaliberda was tallied 48 points while Christian Fromm has chipped in 46 points. Under the direction of first year coach Andrea Giani, Germany is attempting to win their first gold medal at the European Championships. Their best result is 4th place, accomplished in 1991 and 1993.

Coming off a disappointing finish in their semifinal match, Serbia will look to rebound and win their sixth bronze medal at the European Championships. Uros Kovecevic leads the Serbian squad with 71 points on 58 kills, 8 blocks and 5 aces. Nemanja Petric has totaled 62 points while Drazan Luberic has tallied 45 points. Srecko Lisinac is second in the tournament with 15 total blocks.

Belgium has been an up and coming team in the last few years and is trying to win their first ever medal at the European Championships. Sam Deroo leads the team with 72 points on 60 kills, 7 blocks and 5 aces, while Bram Van Den Dries has tallied 61 points while Tomas Rousseaux has scored 50 points. Simon Van De Voorde leads the tournament with 18 total blocks.