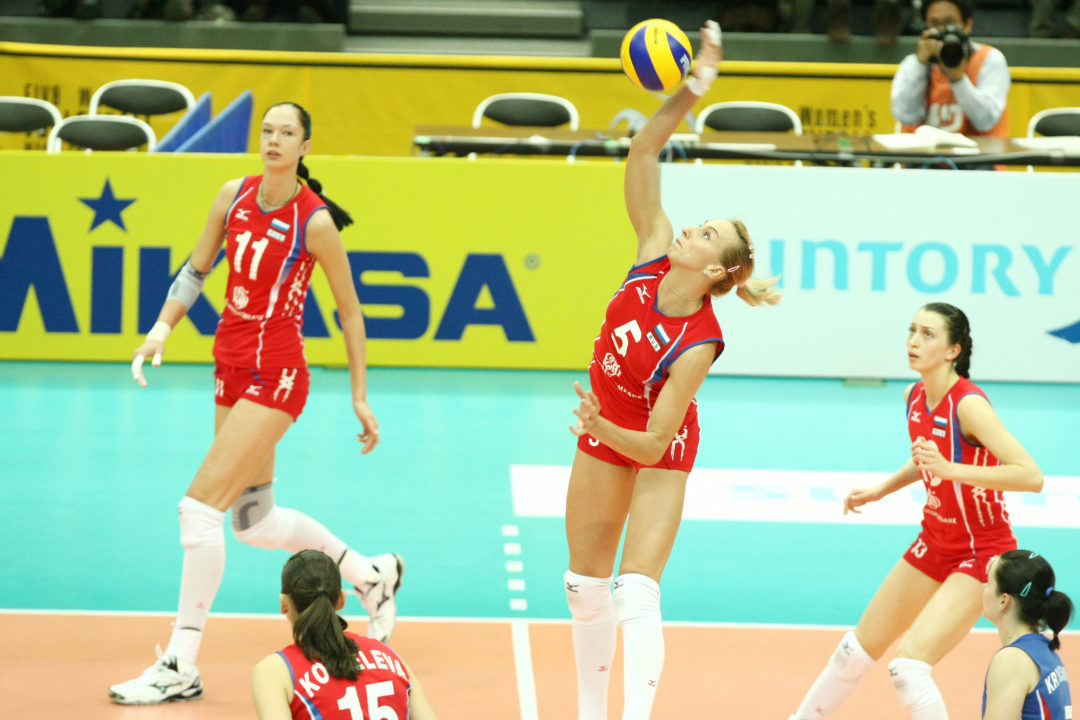 Sokolova is considered by many one of volleyball's best players ever. But how much can she still do at 40 years of age Current Photo via FIVB

Widely considered by many experts to be one of the best players to ever play the game, 40-year-old Lyubov Sokolova  surprised the volleyball world and has announced her return to volleyball. She signed a contract with Dinamo Krasnodar through the end of the 2017/2018 season.

Krasnodar was the last team she played for (2013-2016) before retiring. Sokolova has already debuted for the team, playing in its CEV Challenge Cup match against GRAZ, which Krasnodar won 3-2 with Sokolova entering the game sparingly.

Krasnodar is going through a major financial crisis that saw it lose many of its high profile players. Due to Sokolova’s history with the club, it is speculated that her signing has the purpose of drawing sponsorship for the team, as she has tried numerous other routes of helping Krasnodar get out of its dire situation. The team currently occupies last place in the Russian Championship standings.

Sokolva retired prior to the 2016 Olympic Games. With the Russian national team, she won the 2006 and 2010 World Championships and 2000 and 2004 Olympic silver medals.