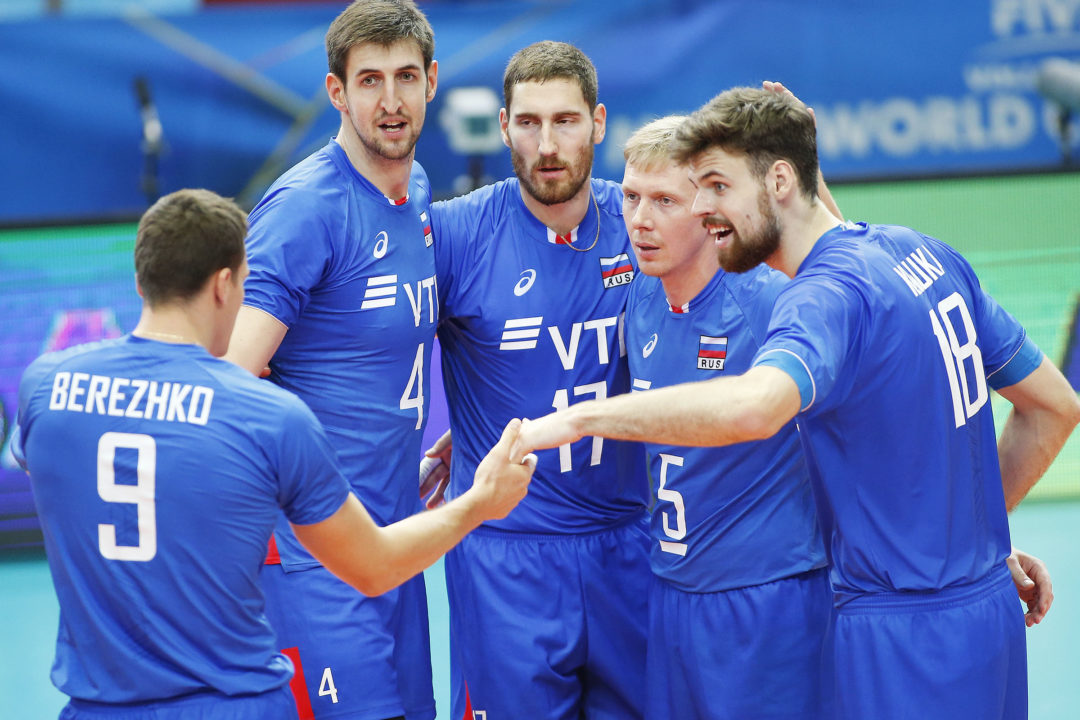 Even after their loss to the United States, Russia has still allowed fewer points in the 2018 World Championships than any other team so far. Current

During their Friday win over Tunisia, Russia set an all-time World Championship Record for defensive dominance when they won the 2nd set by a score of 25-6. The result was an anomaly in the match as part of a 25-19, 25-6, 25-19 total result on the day which put Russia at 2-0 before a Saturday loss to the United States dropped them to 2nd in the group.

The previous record for holding an opponent to the fewest points belonged to those same American men, who in 2014 held Puerto Rico to a  25-8 2nd set, also part of a 3-0 sweep (25-15, 25-8, 25-20). The clean play of Russia was as much responsible for the record as was any futility by Tunisia: the Russians only gave away 10 points on errors in the entire match.

Even after the loss to the Americans, who have yet to play either Tunisia or Cameroon, Russia still has given up by-far the fewest pints in the tournament so far at just 196 in 3 matches (19.6/set). Their 1.230 points ratio is the 2nd-best in the tournament behind only Pool D leaders Poland (1.388).