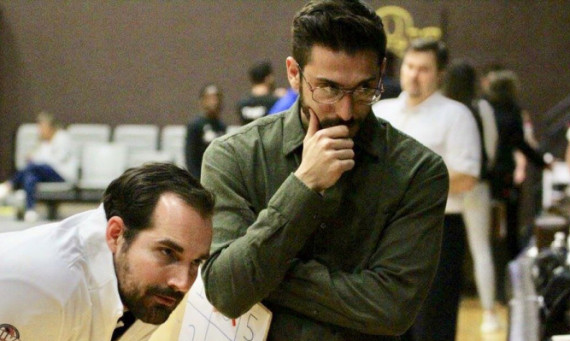 Ryan, a 2014 graduate of Saint Xavier University, joins the athletic staff after a season on the coaching staff for Quincy University, an NCAA Division I program in Quincy, Ill. Ryan was a graduate assistant with the Hawks, earning his Master of Business Administration.

Ryan played for one season as a student at Saint Xavier, playing a total of 21 matches during the 2012 season.

“I was very impressed by Tom’s interview,” said Hallberg. “His enthusiasm for the job, and his passion to create a winning team made for an easy hiring decision.”

“I’m incredibly grateful to take over as the next men’s volleyball coach at Saint Xavier University. Having played for this program, I’m immensely invested in its success and look forward to guiding it into a prominent future,” said Ryan, who will fill the position and overtake the program recruiting efforts immediately. “I’d like to thank Coach Halberg for the confidence he’s placed in me to lead this program. I’d also like to express my gratitude to some of the people who have helped me reach this point in my coaching career, Mark Johnston of Illinois Tech, and Terri Baranski of UNO Volleyball Club. Both have been tremendously helpful every step of the way.”