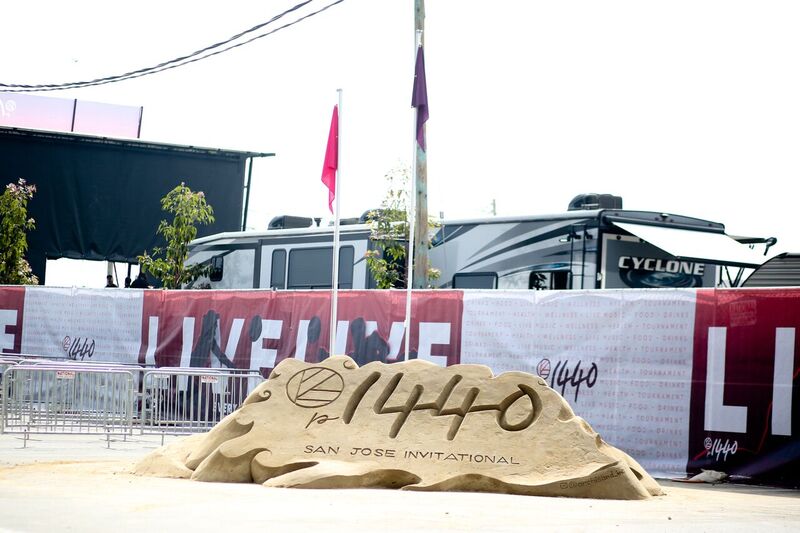 When three-time Olympic gold medalist Kerri Walsh Jennings founded the p1440 beach volleyball tour/concert series and health and wellness event, she had hopes for an international event featuring the best in the world.

“Something that I am really proud of that we are doing in year one is that we are scheduling around the four and five-star FIVB events and all of the AVP events,” Walsh Jennings said. “That was really important to my husband and I because we want to give the athletes more opportunities to compete. We want to bring competition to the market and we want to give the athletes more choices.”

The tour’s debut in San Jose brought just that with four international teams making the finals.

The Latvians moved past Kolinske and Evans in straight sets, while the Norwegians bested Priddy/Casebeer in tiebreak to reach the final, each standing at 4-0 entering the championship match.

In the contender’s bracket, Kolinske/Evans topped Casey Jennings/Pedro Solberg (Brazil) to reach the semifinals after falling to Mol/Sorum in the winner’s bracket on Saturday.

Solberg/Antonelli and Sinnema/Lima had made their way through the winners bracket with three wins.