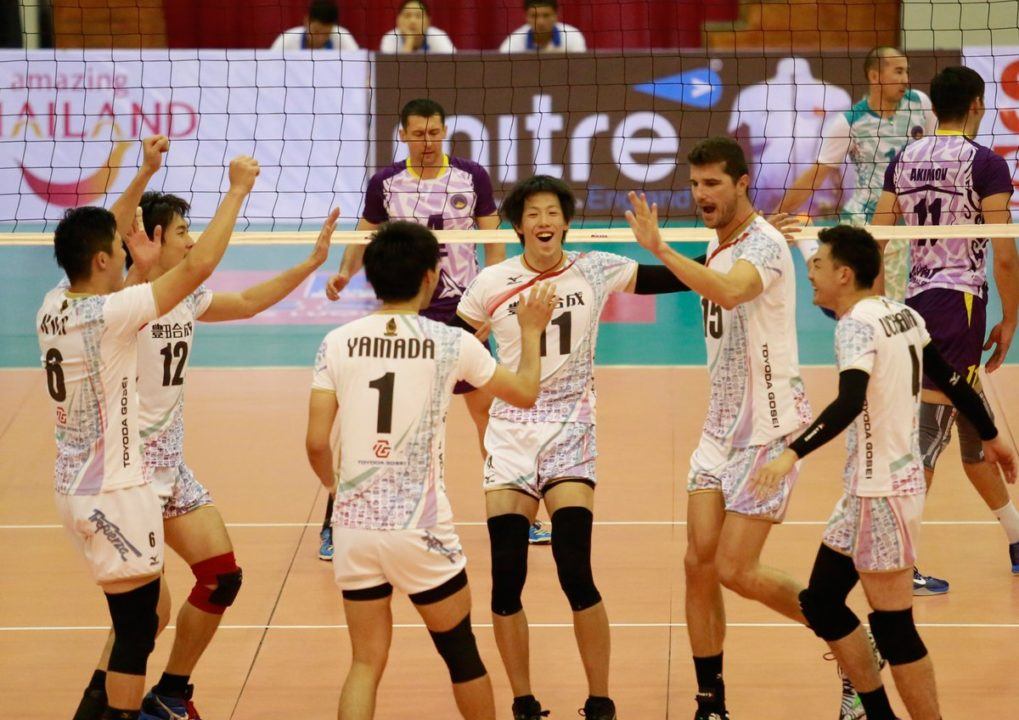 Defending champions Sarmayeh Bank Tehran will have a shot at another title after sweeping 2016 runner up Al Arabi in Wednesday’s semifinals. Sarmayeh will face Toyoda Gosei Trefuerza in Thursday’s finale.

Altay Volleyball Club outblocked Toyoda 7-5 and outserved them 8-4, but could not overcome a 24-points difference in kills, falling via sweep. Toyoda managed 49 kills in the match, including 31 by Igor Omrcen, while limiting Altay to just 25 putaways.

Sarmayeh Bank will defend its title after sweeping Al Arabi Sports Club in the semifinals.

The victors bested their foes in all statistical categories and had help from 29 miscues. Sarmayeh managed 34 kills (to 30), nine blocks (to seven) and three aces (to two).