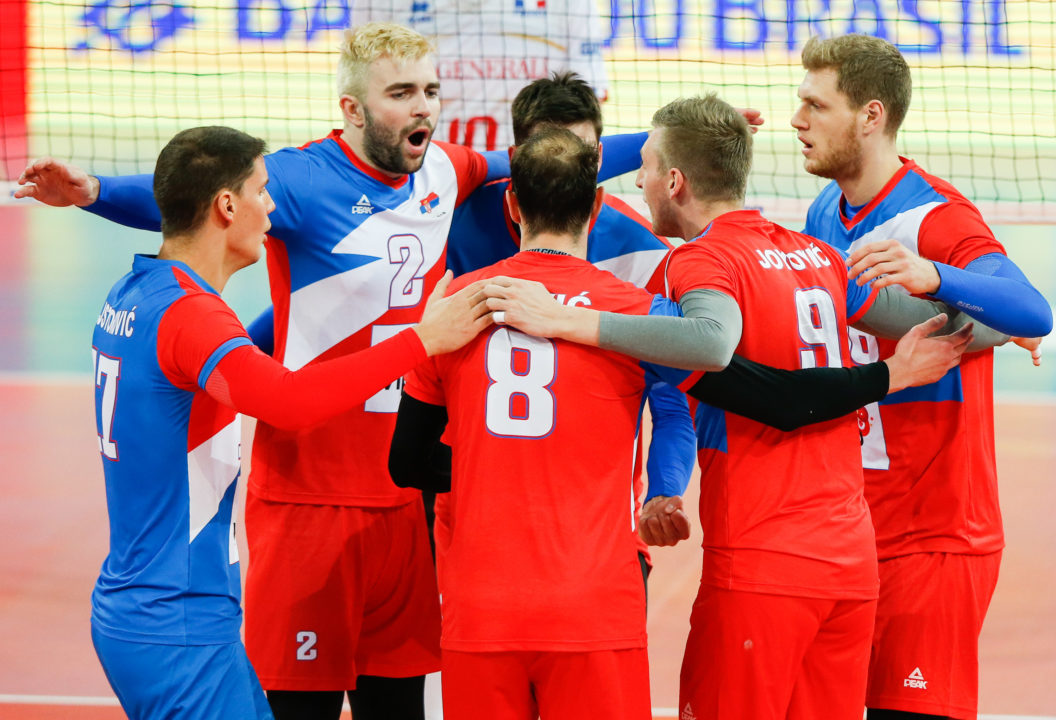 Serbian men’s national team head coach Nikola Grbic has released a preliminary list of 32 players invited to prepare for the international season. Here are the names along with players’ current teams:

“It feels strange to be one of the older players at this first gathering. It’s always an honor to be part of the National Team. It’s too early to say something about this year’s obligations, but of course Serbia always aims for gold.” – Petkovic, 26, who plays for Argos Sora in Italy’s A1 League, and is returning to the National Team after an absence of four years.

“I just hope I make the cut and get to play for the National Team in the VNL. Serbia’s aims always remain the same, even though we have two goals this year.” – Krsmaovic

Most of the youngsters above will not be present in Serbia’s definite VNL and WCH roster, specially after international superstars Nemanja Petrić, Aleksandar Atanasijević, Marko Podraščanin, and Srećko Lisinac join the team. Serbia, which is currently the 11th best ranked team in FIVB’s senior rankings, is the current European bronze medalist. It’s last gold in major FIVB Competition’s was its 2016 FIVB Grand Prix title.