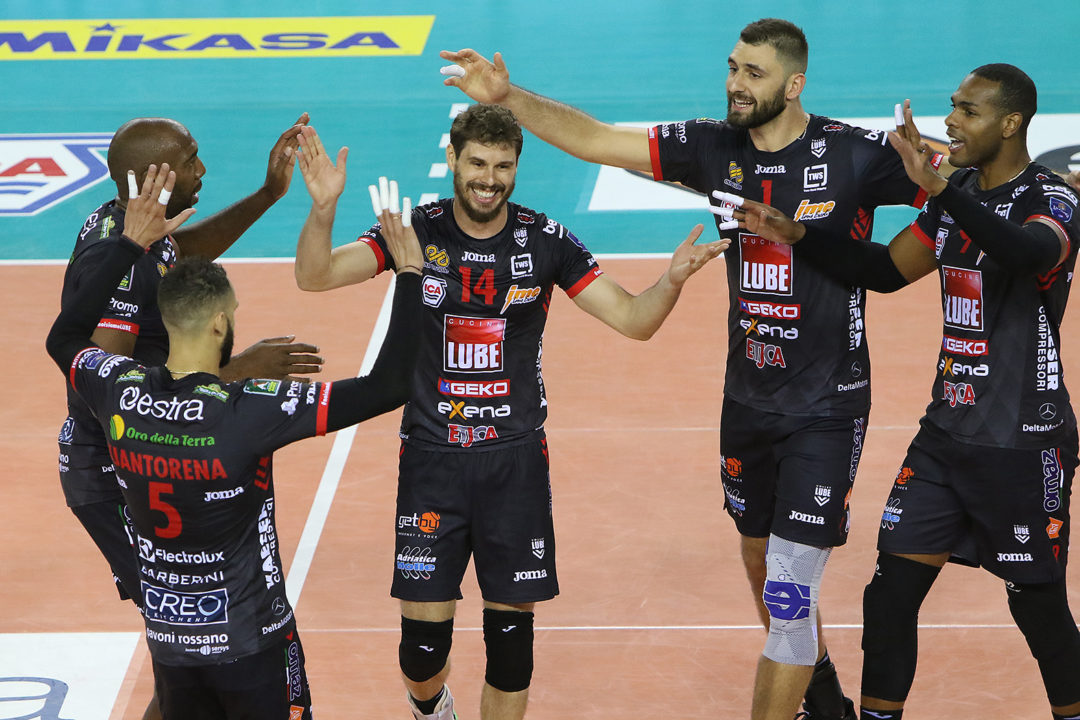 Tsvetan Sokolov was back starting for Lube in their sweep of Ravenna.  Current Photo via Lega Volley

While Ravenna was able to shut down Nimir Abdel-Aziz last week in a sweep, they were not able to neutralize the many weapons of Lube Civitanova. This is the first time this season that Lube have used Robertlandy Simon as a middle blocker since Tsvetan Sokolov was back in the lineup starting as an opposite. It was the first start for Sokolov since having knee surgery back on June 4th.

Simon was still able to be productive in the middle. In his first game at that position with Bruno as the setter, he scored 11 points on 10 kills and 1 block. His connection with the Brazilian setter was impeccable, hitting .909 (91%) without committing an error in attack. Enrico Cester hit .667 (67%) on his way to 4 kills. Cester also put down a block in the middle. Bruno ended up setting Lube to a .461 (59%) attack efficiency.

Ravenna only hit .257 for the match, and only one of their players scored in the double digits. Kamil Rychlicki scored 12 points from 12 kills, but also committed 7 attack errors. He posted a .192 (46%) hitting percentage. Cristian Poglajen was the next-highest scorer with 7 points on 6 kills and 1 ace. The Argentinian outside hitter hit .385 (46%) in the loss.

Consar Ravenna will not have much of an easier time next weekend, as they face Modena. Modena is also 2-0, though they did drop a point in a 5-set thriller in Bari against BCC Castellana Grotte. Lube will face Stephen Boyer and Calezdonia Verona, who were dismantled this week by Perugia.