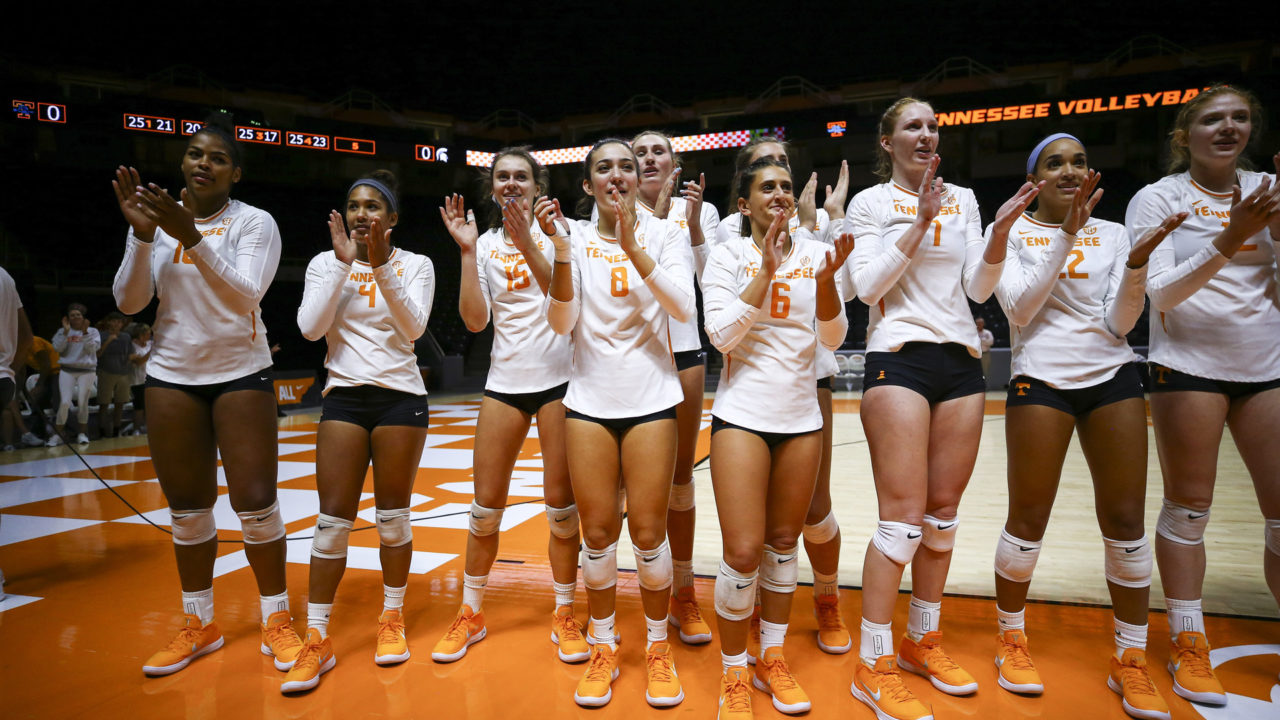 No. 21 San Diego won easily, with help from 11 blocks in a Friday sweep, while the Vols countered with a four-set win on Saturday, putting up 13 stuffs and outhitting USD .283 to .222.  Current Photo via Tennessee Athletics

SAN DIEGO – The No. 21 San Diego Toreros welcomed the Tennessee Vols for a two-game set on Friday and Saturday.

The host team won easily, hitting .253 to go with 11 blocks in a Friday sweep. The Vols countered with a four-set win on Saturday, putting up 13 stuffs and outhitting USD .283 to .222.

It Was Over When: Tennessee led 11-8 in Set 3 after three lead changes and kills by four different players. The Toreros countered with an 8-2 run to vault ahead 16-13. Two Edwards kills, two blocks by Picha and two aces highlighted the rally. The Vols were within two at 20-18, before USD closed out the win with a 5-0 run, capped by back-to-back stuffs by Picha.

It Was Over When: After edging out the Toreros in Set 3 (25-22), it took a late surge in Set 4 to close out the victory. USD led by five at 18-13 after kills by Picha, Katie Lukes and Anna Newsome. The Vols narrowed the gap to one at 19-18 with help from two Perinar putaways. The teams tied at 20 and 21. Trailing 22-21, Tennessee called timeout and rallied with four straight points to cap the upset. Kills by Rowe bookended the run, which also included a Grubbs putaways and a Jeter ace.