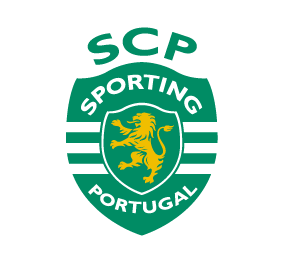 Portugal’s current champions Sporting has announced in its official website that it has signed Canadian middle-blocker Andre Brown to its roster. The 27-year-old 6’9″ Brown is transferring out of Bundeslita’s TSV Herrsching, and has also had stints in Sweden and Finland. Here are his first words as a new member of the team:

“I’m very excited about my arrival in Portugal with Sporting. I only heard good things about them. I really want to meet all the people who is involved with the club, the fans and my team-mates. I’ve never been to Lisbon. I am fully prepared to play for Sporting and to be a champion. In fact, I expect nothing less than the title. I feel anxious to know and feel the extraordinary support the fans give to the club. I count on all the Members and fans to help us to conquer the title again.”

The team also announced that it extended Cuban Angel Dennis‘ contract for one more season. The 41-year old opposite hitter is famous for having winning stints in Italy’s Modena and Civitanova at the start of his career, well over 20 years ago. He was a World League champion with the Cuban national team in 1998. Here is what he had to say of his extension:

“I’m very happy to be at Sporting, it’s a great club and a great family. In the first year, the goal was to be a champion and with a lot of work and sacrifice we achieved it. It’s now even more difficult to repeat because we have to keep working harder. The Challenge Cup is a competition that I won when I played for Modena. This year our goal will be doubled: to win the two-time championship and raise the name of Sporting as high as possible in Europe. It’s our home, there’s nothing better than playing here, we made history and we were champions, it was beautiful. All that support the fans gave us wasincredible.Thank you for everything. I’m back  with a lot of pride and hunger for victory.It will be another year full of surprises and fun.I will see you in September.”