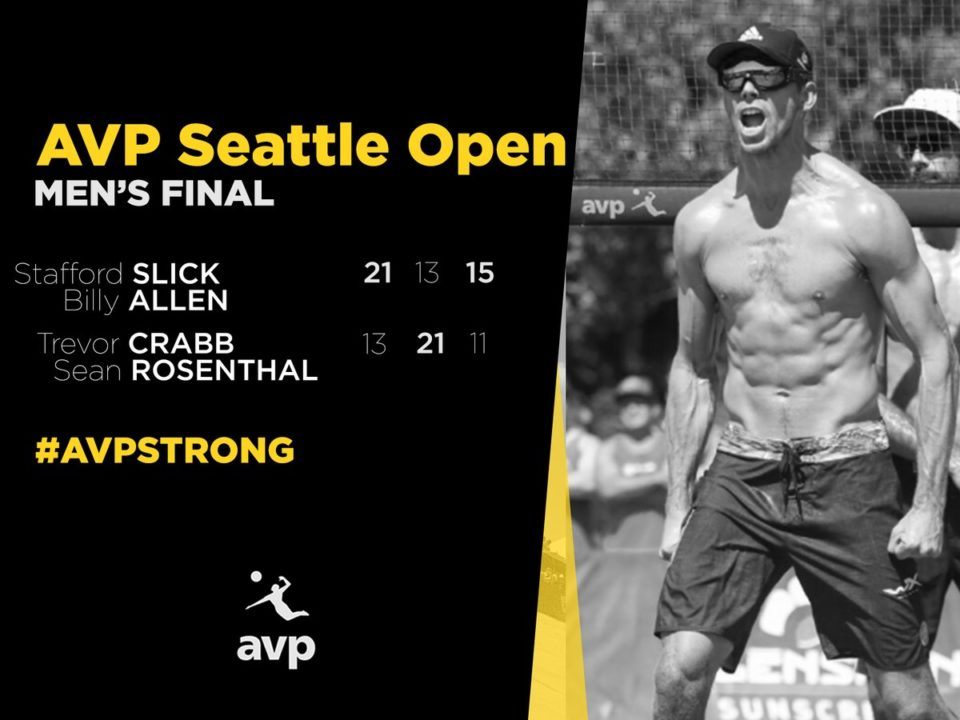 Stafford Slick and Billy Allen are the 2017 AVP Seattle Open champions after knocking off fellow Americans Trevor Crabb and Sean Rosenthal in a three-set battle. Current Photo via AVP

Stafford Slick and Billy Allen are the 2017 AVP Seattle Open champions after knocking off fellow Americans Trevor Crabb and Sean Rosenthal in a three-set battle.

Meanwhile, Crabb/Rosenthal were playing in their second final of the season and matched their Austin Open silver medal.

Slick/Allen advanced to the finals as the No. 5 seed, playing their way back through the contender’s bracket after falling to Ryan Doherty/John Hyden in the second round. The duo then topped No. 15 seed Piotr Marciniak/Roberto Rodriguez-Bertran, No. 9 seed Reid Priddy/Ed Ratledge and No. 2 Theo Brunner/Casey Patterson en route to the semifinals.

Crabb/Rosenthal’s path was a bit more direct as the No. 3 seed won its opening round match over No. 14 Derek Olson/Jeff Samuels and downed Brunner/Patterson in the second.

The #AVP2017 Seattle Open is officially in the books! You're next, San Francisco. pic.twitter.com/I5GS5W7AfR