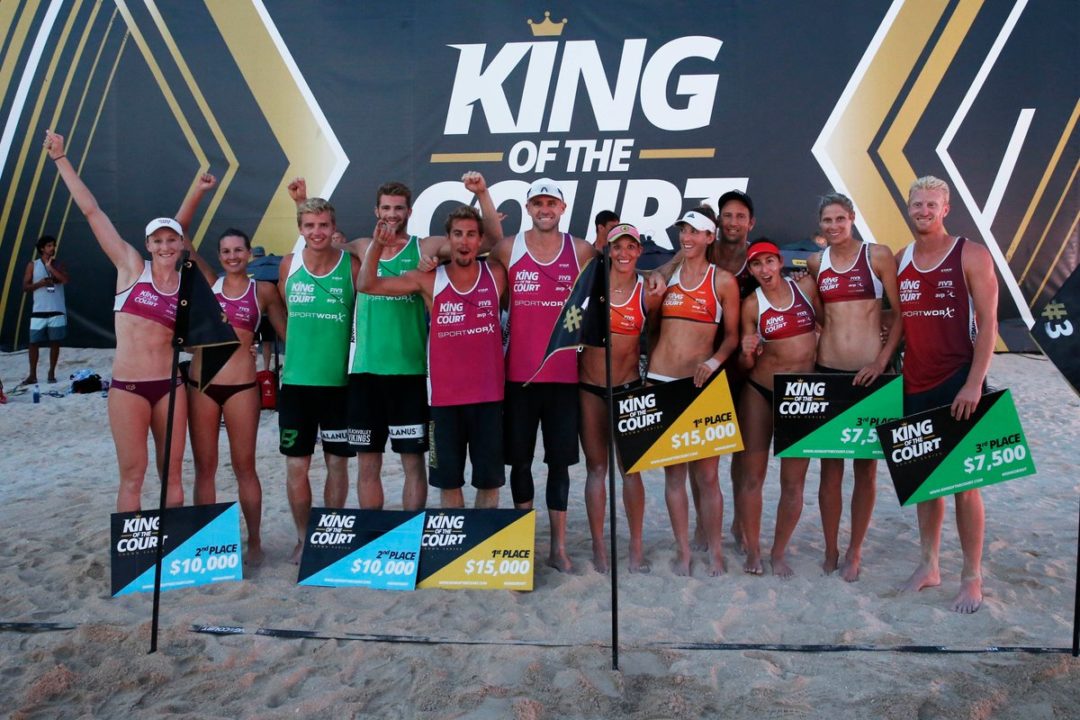 The first King of the Court double gender event saw the titles go to American pairs on both sides.

Emily Stockman/Kelley Larsen were crowned on the women’s side, while Taylor Crabb/Jake Gibb earned the men’s title in their third attempt.

The second place finish was the second for Mol/Sorum following the runnerup effort in Antwerp, Belgium on Sept. 8.

The next stop on the King of the Court Crown Series is Huntington Beach, California, on Sept. 22.