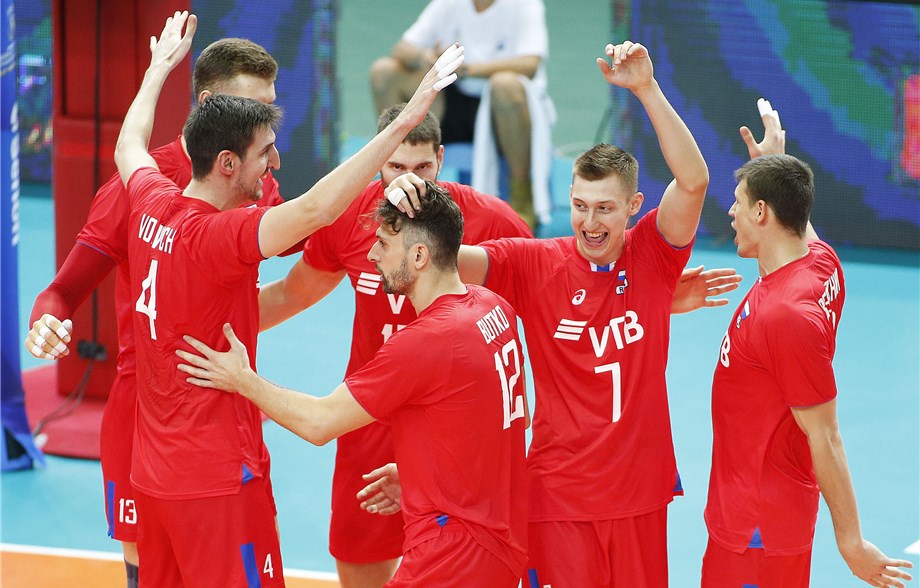 VolleyMob has tagged the Russian squad, The #1 ranked team in our Power Rankings, as the team to watch and beat at this year’s Men’s World Championship from the beginning. The current VNL champs is just too deep, with an MVP candidate at every court position. To definitely prove that they are the real deal, the team pulled a record-setting performance against Tunisia yesterday, handing the African country a 25-6 set loss. That performance took broke the WCH all-time best set win, which was held by USA with a 25-8 frame over Puerto Rico in their 3-0 win in Krakow in 2014.

To put things into perspective, the Russian squad hit 66% as a team for the match, with the Kliuka-Mikhaylov combo combining for a 70% performance. This kind of volleyball is just too much too handle for most teams at the WCH, and Russia should not expect any kind of real competition against these lower seeded teams Until it is not paired up against the likes of Team USA, it will continue to gift fans with astounding eye-popping performances. Unfortunately, only 550 spectators watched Russia’s gem from the stands, as the FIVB is struggling to fill the arenas at this phase of the competition.

Stats and more on this match of pool C in Bari: https://t.co/sEuNh20VtJ#volleyballWCHs#volleyball pic.twitter.com/xvNgqvWhLs