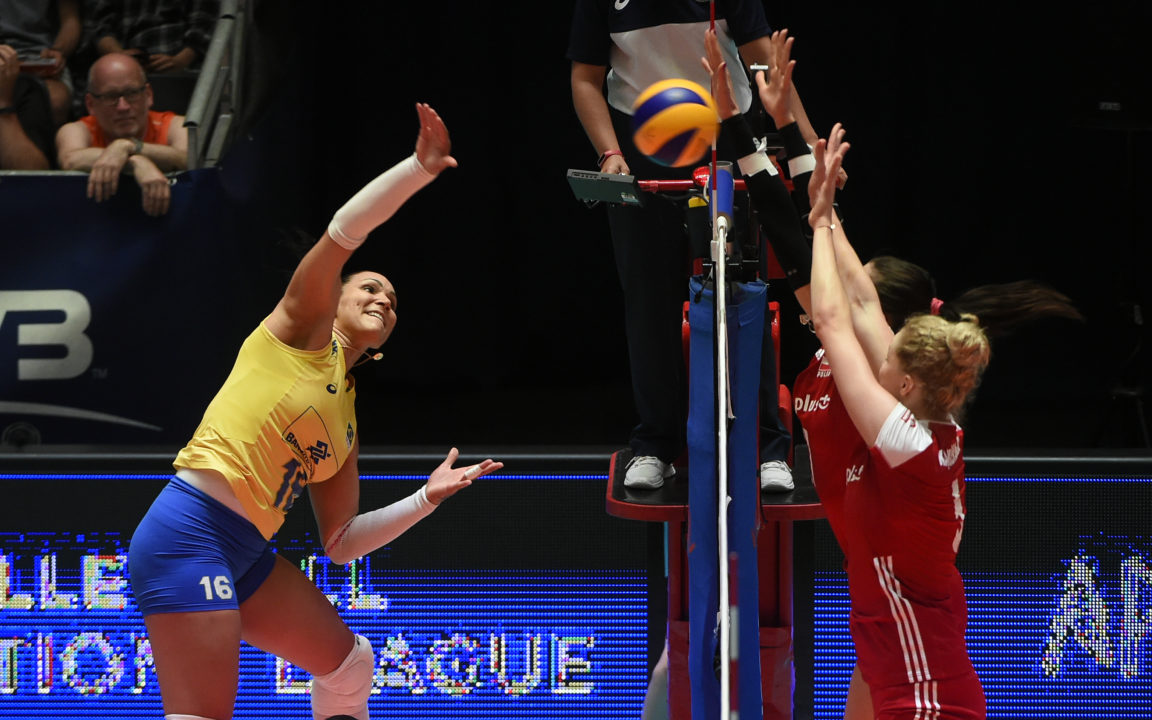 In the 11 sets she played in 3 matches in week 3 alone, she nearly doubled that total with 87 points to climb into 2nd place in individual scoring as the tournament passes its halfway points.

That includes a pair of 30 point games, with 31 against the Netherlands in 4 sets on Tuesday, and 34 in 4 sets against Korea on Thursday. The tournament’s overall scoring leader, Malwina Smarzek of Poland, put in two 30-point matches in the same week in week 2 against Thailand and China.

Asian teams have been particularly susceptible to giving up 30-point games so far in this year’s tournament: out of the 9 30-point games recorded so far, 7 have been against teams from the Asian Confederation.

Other Key Stats After Week 3: