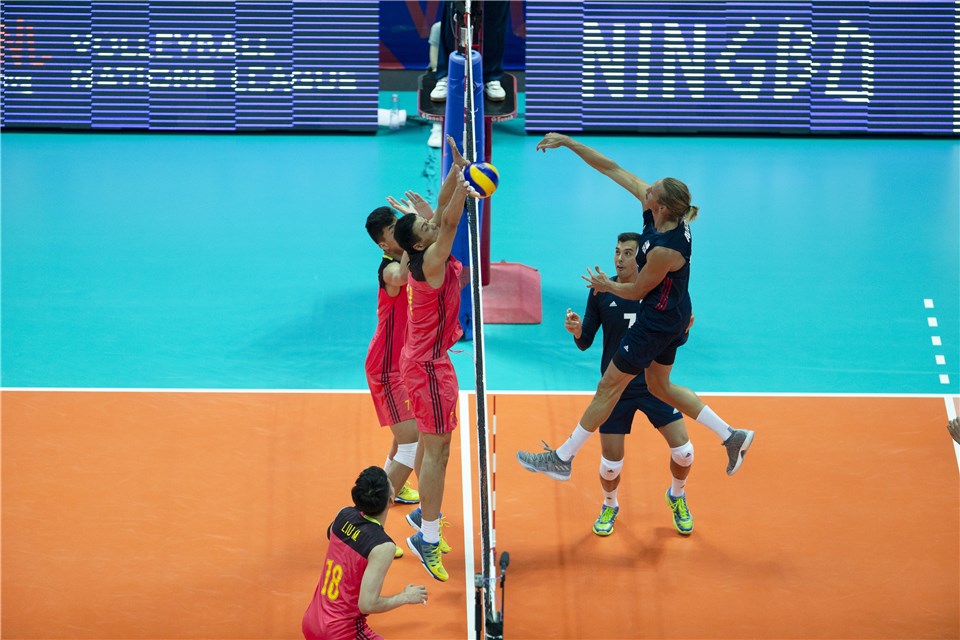 Taylor Averill is among the new additions to Chaumont VB 52 for the upcoming season. Keith West of UBC will also be starting his career with the French Ligue A finalists.  Current Photo via FIVB

The success has led to their players catching the interest of other clubs. Stephen Boyer, the opposite for the French National Team, left the club to play for BluVolley Verona in the Italian SuperLega. They also lost Yacine Louati, an outside hitter, to Kioene Padova in Italy. Their other outside hitter, Nikola Mijailović, has signed with Lotos Trefl Gdansk in the Polish PlusLiga. One of their starting middle blockers, Jonas Aguenier, is going to play in the Italian Serie A2 with Monini Spoleto.

We reported earlier about some of the signings for Chaumont this off-season, including Blair Bann. They have picked up some more key players since that time. Matej Patek is making the move from Poland to France in order to play for Chaumont. Patek finished the season with Alon Virtu Warta Zawierce ranked as the 31st-best outside hitter in the league. He had 175 kills and a hitting percentage of 42.99% for the club in its first year in the PlusLiga.

Keith West will be starting his professional career in France with Chaumont. The outside hitter just finished his career at the University of British Columbia where he finished 2nd in the Canada West conference and won a U Sports championship with the Thunderbirds. West produced 248 kills with a .250 hitting percentage while also contributing 48 service aces.

Chaumont also announced that they landed Taylor Averill in their lineup for the upcoming season. The middle blocker from the University of Hawaii has spent the last two seasons at Kioene Padova and Revivre Milano in Italy. Statistically he was ranked as the 21st-best middle blocker in the Italian SuperLega. Averill finished the season with 119 kills and a 57.77% attack average. He also finished 20th in the league with 0.44 blocks per set (39 blocks total).

Averill has also represented the United States in this summer’s Volleyball Nations League tournament. He has made 4 appearances for Team USA, scoring 19 points total. His points have come by way of 13 kills, 3 aces, and 3 blocks. His most productive outing came against China on May 27th when he scored 7 points in 3 sets on 4 kills, 1 block, and 2 aces.

Chaumont have qualified for the CEV Champions League this upcoming season. Since they finished in 2nd place they will have to play through the preliminary rounds to earn a spot in the group stage.  The drawing of lots for those match-ups will take place on Friday, June 29th at the CEV headquarters in Luxembourg City.