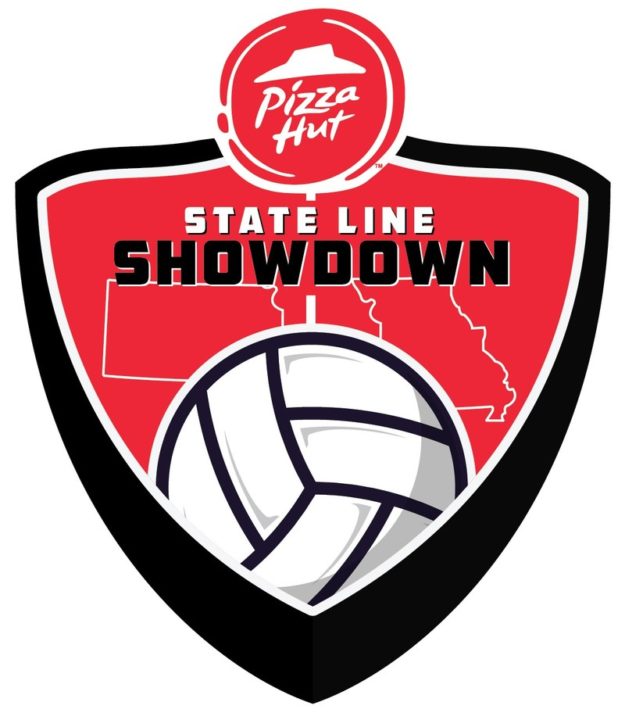 A volleyball battle to decide which city – Kansas City, Missouri or Kansas City, Kansas – reigns supreme in the volleyball world, will take place today when two teams face off in the Pizza Hut State Line Showdown on Friday.

A youth team led by All-American setter Molly Kreklow, who played collegiately at Missouri, will take on a team headlined by former Kansas State setter Caitlyn Donahue. The winner will receive the State Line Showdown trophy presented by Pizza Hut.

The match will be played at 7 p.m. at the Parkville Athletic Complex. Kreklow’s Club North Volleyball team will battle Donahue’s Dynasty Volleyball Club.

Kreklow, who was named the best setter at the 2015 FIVB World Grand Prix and was SEC Player of the Year in 2013, played professionally for Eczecibasi VitrA in Turkey and Dresdner SC in Germany and is now a volunteer assistant coach for the Missouri program.

Donahue, the 2009 Kansas Gatorade Player of the Year, was a defensive specialist, outside hitter and setter at Kansas State before playing professionally for three seasons in Puerto Rico and Switzerland and training with the U.S. National Team. Donahue is now a language arts teacher at Blue Valley Southwest.

The volleyball rivalry challenge is the first of many scheduled for the 2017-18 season. The slate also includes FCS football, NCAA beach volleyball, Division I, II and III men’s lacrosse and the men’s women’s college world series (baseball and softball).

“Great rivalries and debates are part of what make college sports so exciting,” Doug Terfehr, Pizza Hut’s Senior Director of Partnerships and Public Relations, said. “And as the Official Pizza of the NCAA, we know that many great sports debates have been settled over a few slices of pizza. We look forward to kicking off another thrilling NCAA championship season with the State Line Showdown.”

VolleyMob sat down with Kreklow and Donahue to ask them about their volleyball careers and tonight’s match.

What does it mean to you to get to play for state pride and represent the state of Missouri tonight at the State Line Showdown?

I think it is really incredible that Pizza Hut is doing an event like this. I think college sports are the biggest stage and they are putting together some really good rivalries here. Obviously being from Mizzou and Missouri and representing Missouri means a lot to me because I feel like Missouri has given me so much and I had such a good experience there and so many good matchups with K-State and Kansas and just getting hyped up for those matches. It is cool that they are bringing me back to do this and I am excited to play with some really talented 14-year olds tonight.

Have you practiced with your team?

I have not practiced with my team yet so I am excited to see them and meet them. I know Missouri’s Club North will be my team and I don’t know, I just have a good feeling about it. They have been practicing together for a couple of weeks since club season started and we will do our best to represent Missouri and hopefully come out with a win.

There is definitely a state line rivalry between the states of Kansas and Missouri in a lot of sports. Talk about how that folds into this event.

I think just in this area there is a lot of really strong volleyball talent. Especially in KC, it seems like you fall on either side of the border, so I think it is really cool that this event is even going on because there is just so much talent in this area and people end up going to KU, K-State, Mizzou and that rivalry kind of builds because you are playing against people that you know and have competed against a long time. Me and Caitlyn for example competed against each other in college, so it is just cool that Pizza Hut is highlighting that tonight and it is cool to be back doing it again. I think it is cool for the 14 year olds to get into the spirit of that and also experience that in high school and also in club.

What does it mean to you to get to play for state pride and represent the state of Kansas tonight at the State Line Showdown?

I did step away from volleyball but I am always looking for opportunities to continue to encourage young women in sports, especially in this area, because I am a local product. Kansas gave me so much in the sport of volleyball. Growing up on my club team, we were probably equal parts Kansans and Missourians, so this is really cool. I know the Kansas Dynasty Club that I will be working with this evening, so I am just excited to have the opportunity to work with them and coach them up tonight and hopefully come out with a win for Kansas.

Are you going to be playing or just coaching?

Molly and I were talking about that and we are going to try to hop in and play a little bit, but we want to make sure that the focus of the state line showdown is on the athletes, the 14 year olds.

Even though you are not a part of volleyball in a formal capacity anymore, do you still play?

Every once in a while. We have some adult leagues here in the area. I am actually fortunate that a lot of my K-State teammates live here in Kansas City, so every so often we will play a little pick-up game down at our Heart of America Volleyball Complex. That is fun for us, but as far as anything extremely competitive, not really. Molly and I are going to get super warmed up, just in case we are needed by our teams.

Both of you have a history with the U.S. National Team. Did you ever get to play together?

Actually, I was with the national team in 2013 and 2014, and then I stepped away from it and that actually kind of opened up a spot for Molly. The national team carries around four or five setters, so when I decided to leave, she was called up0n by Karch (Kiraly) and Team USA to take over. 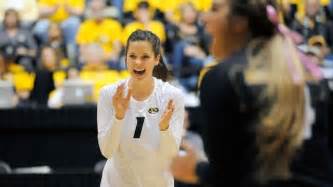 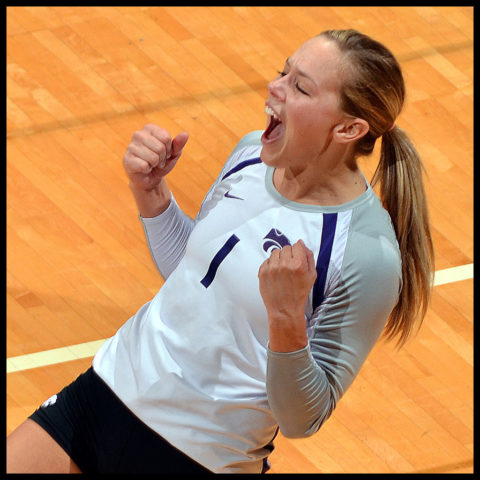