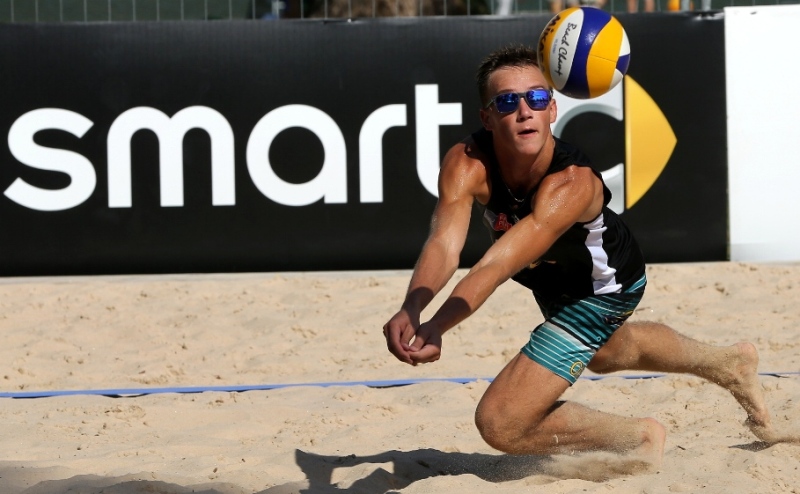 Team Monza has officially announced on its website the signing of 20 year old opposite hitter Ukranian Oleh Plotnytskyi. The youngster, who led Ukraine to a 2016 CEV U20 European Championship silver medal finish with a performance that won him MVP honors, last played indoor volleyball for Ukraine’s Lokomotiv Kharkiv.

Oleg  had a promissing beach volleyball career prior to the signing, with many podiums in youth tournaments, including a silver medal at the 2014 U19 World Championship in Porto and the bronze medal from the 2015 U20 European Championship in Larnaka. This new transfer probably means he will be focusing on indoor volleyball now, though.

Here is how Oleg reacted to the transfer:

It’s a dream for me to join a SuperLega team. Playing in Italy is a goal for every player. Aside from being an opportunity for growth, given that it is one of the most beautiful championships in the world, it will also be a way to test myself. I will try to be ready when the coach needs me. My companions welcomed me well, making me feel right at home. I hope to repay the trust of the team and contribute to the achievement of important and prestigious goals.

We are delighted to have brought Oleg to Monza. We had to act fast to beat the fierce competition of foreign teams, especially Russians and Poles. I think Plotnytskyi is one of Europe’s most interesting prospects along with Donovan Dzavoronok, which we already have in our files. We should have some patience for his adaptation, but he will certainly be able to push us forward for the season.

Monza is currently in 10th place in Serie A1 standings through its first 8 games (2-6 record). Fans have already posted pictures of Oleh’s Monza jersey: