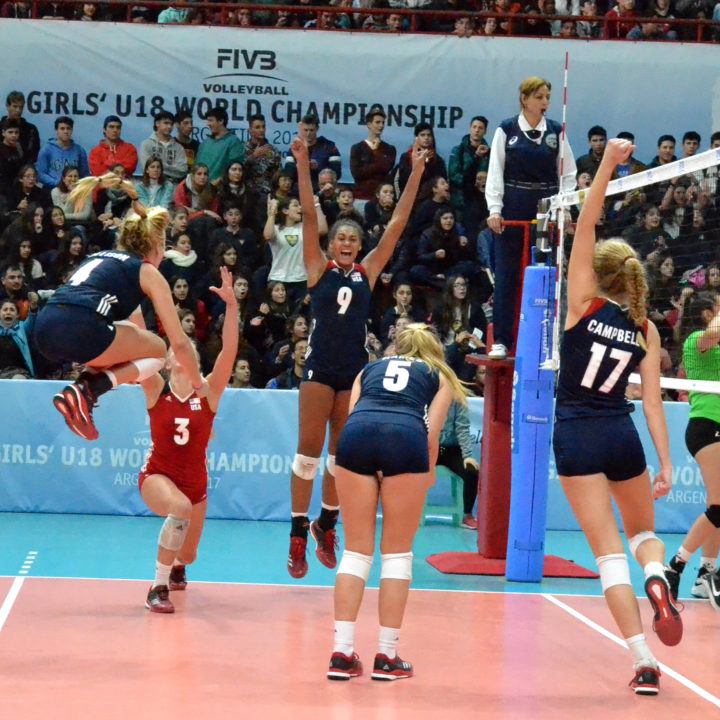 Team USA has announced their 14 player roster for the 2017 FIVB World Grand Champions Cup that will be held in Tokyo and Nagoya, Japan from September 5-10.  Current Photo via FIVB

Team USA has announced their 14 player roster for the 2017 FIVB World Grand Champions Cup that will be held in Tokyo and Nagoya, Japan from September 5-10.

Karch Kiraly has had a summer to evaluate the level of play of a number of young and rising stars at the National Team level. First, the team competed at the FIVB World Grand Prix, where they advanced to the Final Six before being ousted after they lost the first two matches. They also split with Brazil in the USA Volleyball Cup this past week.

Five Olympians will compete for the American side – Middles Rachael Adams and Foluke Akinradewo, outside hitters Kim Hill and Jordan Larson and setter Carli Lloyd. Lloyd has been competing all summer with the team, while the other four took off the summer after a grueling Olympic and club cycle. These five players were apart of the 2016 Olympic team that took the bronze medal.

Among other players that will suit up for Team USA are Lauren Carlini who just recently finished up an excellent college career with the University of Wisconsin along with Justine Wong-Orantes who graduated last year from the University of Nebraska. Michelle Bartsch-Hackley and Madi Kingdon will serve as outside hitters while Annie Drews and Aiyana Whitney will play the opposite. In the middle are Tori Dixon and Lauren Gibbemeyer while Megan Courtney is listed as libero.

Courtney is usually an outside hitter for Team USA, but following her passing performance at the FIVB World Grand Prix, Kiraly has decided to try her out as libero.

Team USA‘s first match will be against China followed by Korea, Russia, Japan and Brazil. The matches will stream live in the FIVB YouTube page, while also being played on The Olympic Channel throughout the competition.