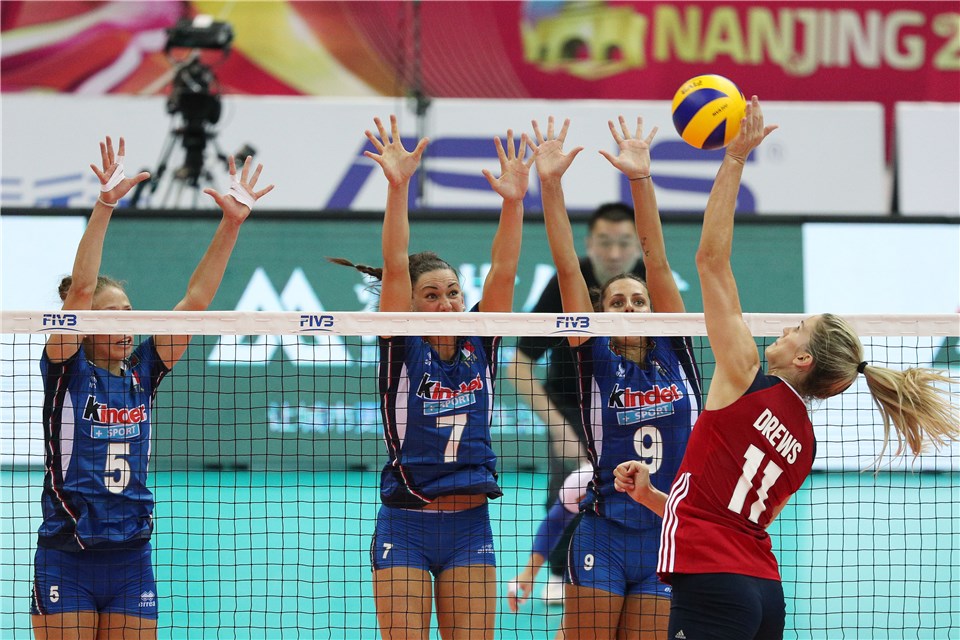 Team USA’s summer breakout star Annie Drews has been officially signed by Pomi Casalmaggiore to a trial contract, according to the team’s official website. Up until last month, Drews was playing for SAB Legnano, but parted ways with the club after its financial difficulties to pay players came to light (Team USA’s Sonja Newcombe also parted away with club for the same reason, and she is now signed in the Brazilian Superliga).

According to the official release by Casalmaggiore, Team USA’s Karch Kiraly mediated the signing through Pomi’s coach Cristiano Lucchi. Casalmaggiore is doing everything it can to try to bounce back from its disastrous 2017-2018 campaign. Earlier in the week, the club had announced in its official website the signing of Dutch national team captain Maret Grothues. This comes a few weeks after the club parted ways with coach Marcello Abbondaza and its biggest signings of the season,  Sarah Pavan (see here) and Zeng Chunlei (see here), as well having frozen players’ salaries after its numerous losses.

Pomi sports a 2-10 record in Serie A1, good enough for 10th place out of 12 teams in the standings. However, if the team intends to sign Drews to a full-time contract, she will only be able to help the team next season in Serie A1, as league rules forbid any players signed after December 27 to play this current edition.