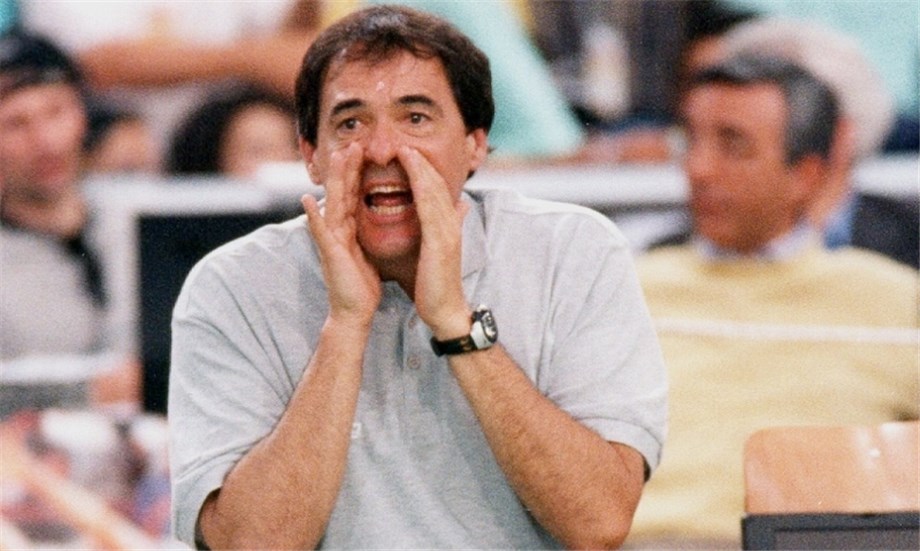 The world of volleyball lost one of its brightest stars Current Photo via federvolley.it

It has been announced by Globo.com that legendary volleyball coach Bebeto de Freitas has passed away in Brazil. The International Volleyball Hall Of Fame inductee was 68 years old and was currently the general manager of one of Brazil’s most successful soccer clubs, Atlético-MG, a career path he chose after leaving volleyball due to his many fights with the sport’s governing authorities.

One of the country’s most important volleyball figures of all time, Bebeto leaves an enormous legacy behind. As a player, he represented Brazil in two Olympic games. He then left for the USA, to help it first professional volleyball to league to moderate initial success. It was as a coach though, that he rose to international stardom. His fame started in Brazil first for taking the country’s male national team to a silver medal in the 1984 Olympic Games, and second for being the mentor of Bernardinho and José Roberto Guimaraães, who were both his players and later assistants, and who later went on to win 10 Olympic medals as coaches between them.

The 1984 Olympic volleyball medal made volleyball explode in Brazil, causing the team, dubbed Silver Generation, to become instant rock stars. Bebeto then moved to Italy, where he conquered the word with the Azzurra squad by winning the 1998 FIVB World Championships.

Bernardinho and Guimarães weighed in on the loss of their mentor:

“Bebeto was very important. He was very young, at only 68 years old. He was a guy who transformed volleyball. The Silver Generation was born out of his hands. He was an innovator. A guy who did so much for volleyball. A warrior, a battler. A really incredible guy. Volleyball is what it is today because it had precursors like him. Bebeto was more than a coach to me, he was a friend. Brazil and volleyball lost an icon. It’s a shame he ended his life away from volleyball because he gave so much to the sport. By fighting what was wrong inside the sport, he ended up turning away from it and build a solid career as a soccer general manager. I think this was an incredible loss for us. If volleyball is certainly where it is today, Bebeto was largely responsible for that. So it’s a very difficult, hard time. It was a surprise. I’m sad, very sad.” – Bernardinho

“Brazil lost a great figure, not only as a person, but also as a sportsman. I have a lot to thank Bebeto for the opportunities he gave me, for being his technical assistant. I always say he was my mentor. He was the one who gave me the opportunity, guided me, helped me, inspired me. It was extremely important to all of us from all generations of volleyball. He invented a volleyball school, as well as being a great person. He was a trainer ahead of his time. I think we lost a lot with Bebeto’s absence from volleyball later in his career. I pray that family be comforted in this difficult time for all of us. If we have the best volleyball school in the world, we have to thank Bebeto. He inspired people. His life was volleyball and family. Anytime for him was a time to talk fundamentals, planning, preparation. It was all his school, his head. He called me a “kid”: “Boy, I’m realizing that you’re going to want to be a volleyball coach. I will not give you much advice, but I’ll tell you something, do not copy other coaches. ” That inspires my life to this day, based on Bebeto’s teachings, what he created and what he guided us to. He was way ahead of his time.” – Guimarães

The president of the Italian Volleyball Federation Bruno Cattaneo, and one of his predecessors, Carlo Magri, also mourned the news:

Thinking of Bebeto can not fail to remind me of the many successes obtained in Parma and the national team, among which obviously stands out the Tokyo World Title in 1998. I am convinced that anyone who has known him carries an indelible memory . The whole world of volleyball must be grateful to Bebeto, because it is also thanks to his work that our discipline has developed in an important way. I want to send my most heartfelt condolences to his family.”

“The disappearance of Bebeto has caused me a great pain, for seven years I can say that he was an integral part of my life. During the period of the club and the national team a deep relationship had been created, even if some misunderstandings were not lacking. At the technical and management level of the game I have always considered him the best coach I have ever known, he knew how to read the matches with great clarity. He also had the great ability to see the talent and technical skills of the players, being very flexible in making the same athlete to play even more roles. In a general sense, he was a great connoisseur of all sport.”