Top Men’s Teams To Square Off In Round Of 32 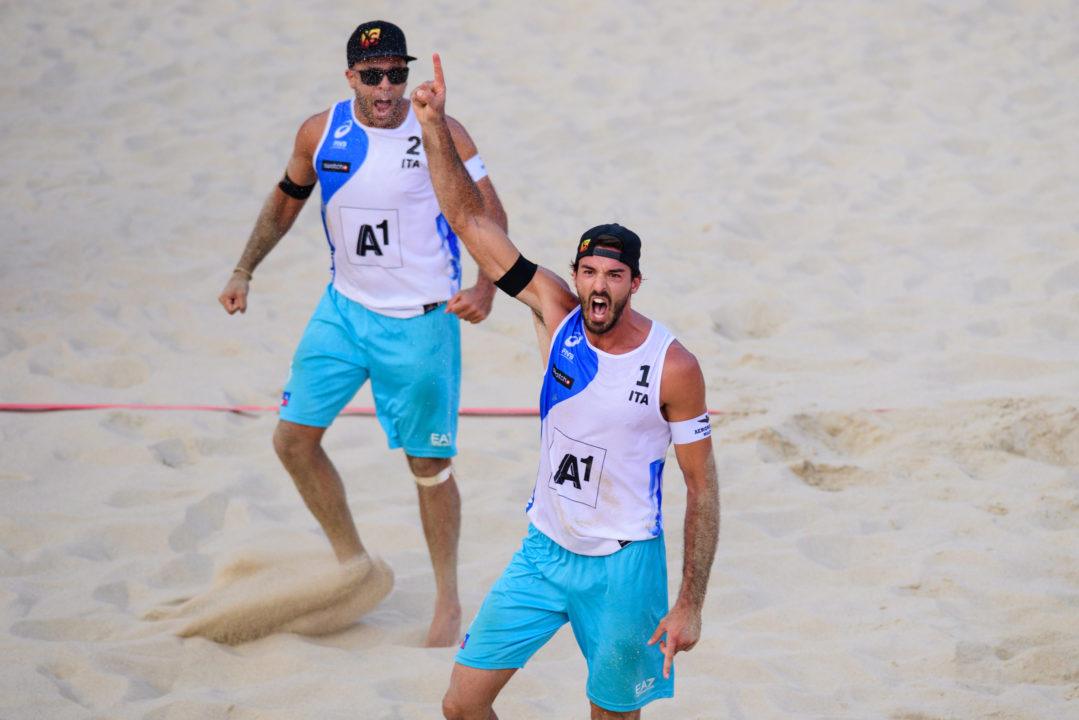 The Round of 32 has been set on the men's side following pool play and the Lucky Loser matches.  Current Photo via FIVB

The Round of 32 has been set on the men’s side following pool play and the Lucky Loser matches. The top two teams from each pool automatically advanced to the elimination round, while the top four third place finishers got a pass through the Lucky Losers round. The bottom eight third place finishers battled it out for their shot at the elimination portion of the 2017 Vienna Beach World Championships.

Reigning Olympic champions, Alison Cerutti/Bruno Schmidt have proved their dominance on the sand this season and at the World Championships so far. They will begin their elimination round with Latvia’s Rihards Finsters/Edgars Tocs.

American’s Phil Dalhausser/Nick Lucena will take on Lucky Loser advancers, Alex Ranghieri/Adrian Carambula of Italy. The Italian’s proved themselves in their Lucky Loser match, as they fought through three sets to take down German’s Markus Bockermann/Lars Fluggen. With the loss, Bockermann/Fluggen were eliminated from the tournament.

Another strong match up will be Qatar’s Jefferson Santos Pereira/Cherif Younousse against Poland’s Mariusz Prudel/Kacper Kujawiak. The Qatari pair went 3-0 in pool play, taking down the top seeded team in their pool, Aleksandrs Samoilovs/Janis Smedins. Samoilovs/Smedins will take on American’s Ryan Doherty/John Hyden in the Round of 32.