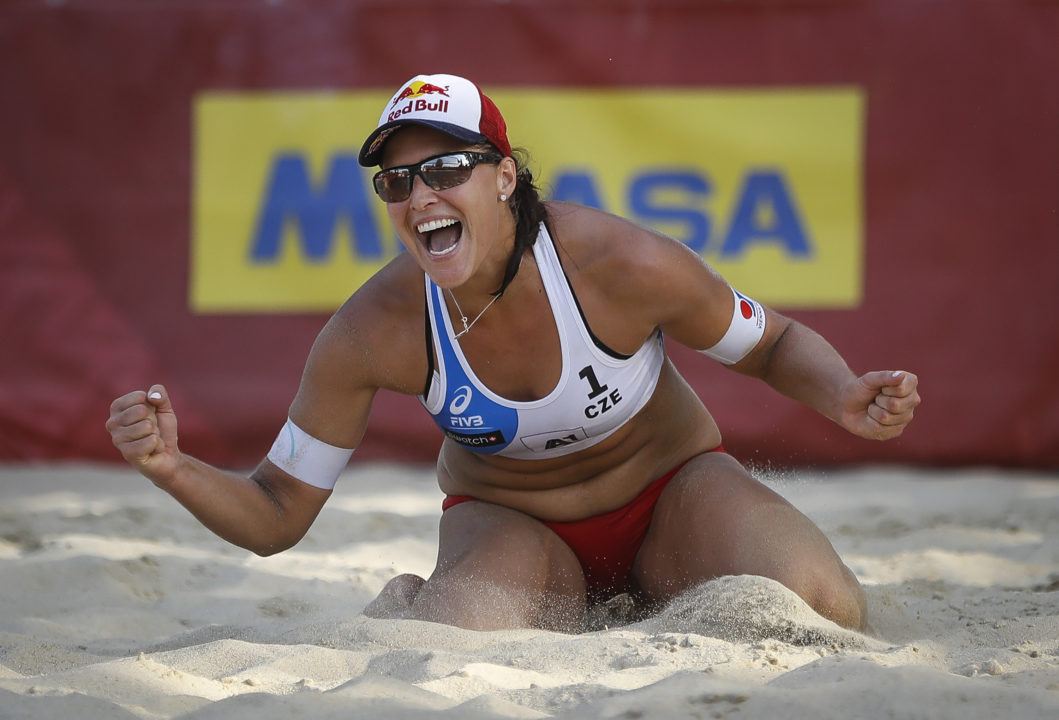 #3 seeded Agatha Bednarczuk and Eduarda 'Duda' Santos Lisboa won't be advancing to the Round of 16 at the 2017 Vienna Beach World Championships after Czech pair, Barbora Hermannova/Marketa Slukova took them down in three sets 2-1, (16-21, 21-19, 16-14). Current Photo via FIVB

The Czech crew put on the stops early in the match, throwing the Brazilian pair off. Bednarczuk/Santos were already thrown off their game the other day as they were upset by the Netherland’s Madelein Meppelink/Sophie van Gestel in two. In the second set, the Brazilians forged a comeback, but it was not enough momentum to win them the deciding set.

The Czech crew put pressure on Santos, who just turned 19 on Tuesday, on the serve. Her youth showed in the match as she made eight hitting errors and was blocked twice by Hermannova. She hit almost every shot on the court, and 21 fell, but her errors proved to be a detriment to the team. Bednarczuk took all of her attacks more to the line, which was effective.

Deep cross shots were the key to the Czech team’s success, especially for Hermannova, while Slukova more strategically placed her balls on hard angles and down the line.

The pair will have another tough test ahead of them in the Round of 16, as they will face American’s, April Ross/Lauren Fendrick.