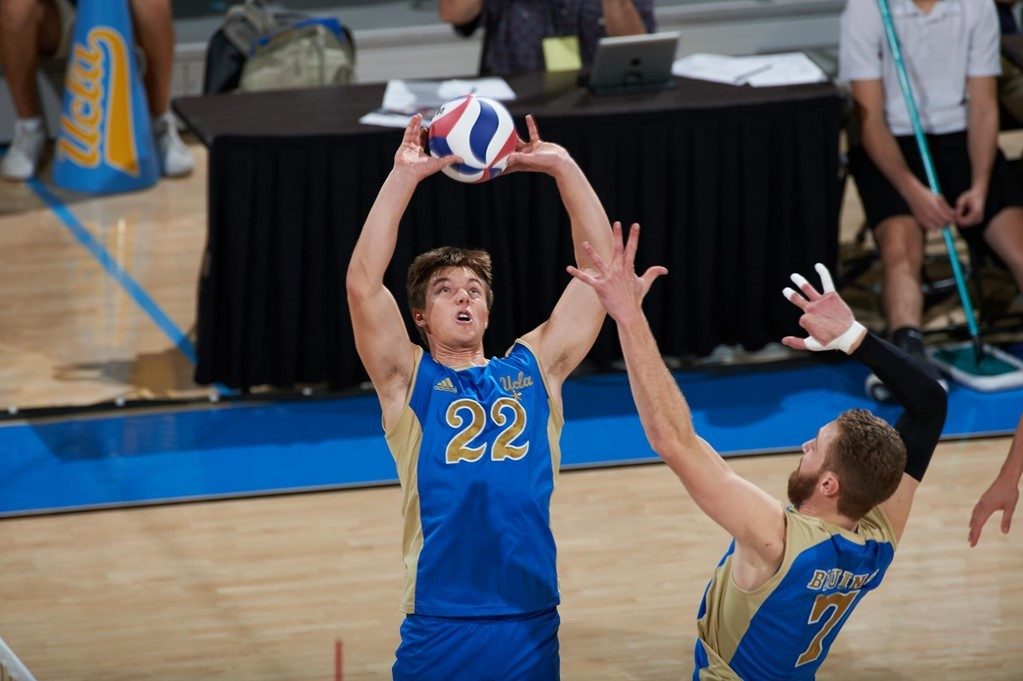 The top two seeded teams advanced out of the semifinals of the USAV Men’s Collegiate Beach Championships.

The #1 seeded team of Lucas Yoder (USC) and Michael Saeta (UC Irvine) swept the #3 seeded team of Nathan Vander Meer (Davenport) and Logan Webber (Cincinnati Christian) by scores of 21-16, 21-18. Yoder and Saeta have not dropped a set the entire tournament, going 8-0 in sets played. With the win, they advance to the finals where they will face the team of Bantle and Smith.

Jackson Bantle (UCLA) and Hagen Smith (UCLA), the #2 seeded team, swept the #10 seeded team of Brett Rosenmeier (Hawaii) and Colton Cowell (Hawaii), 21-17, 21-17. The duo of Bantle and Smith have not lost a set the whole competition, going 10-0 in total sets played. They advance to the championship match where they will face the team of Yoder and Saeta.

Vander Meer and Webber will face off against the underdog team of Rosenmeier and Cowell for third place, followed by Yoder and Saeta against Bantle and Smith for first place.