Turkey Brings Back 6 Players, Leaves Out Uslepehlivan on 2018 Roster 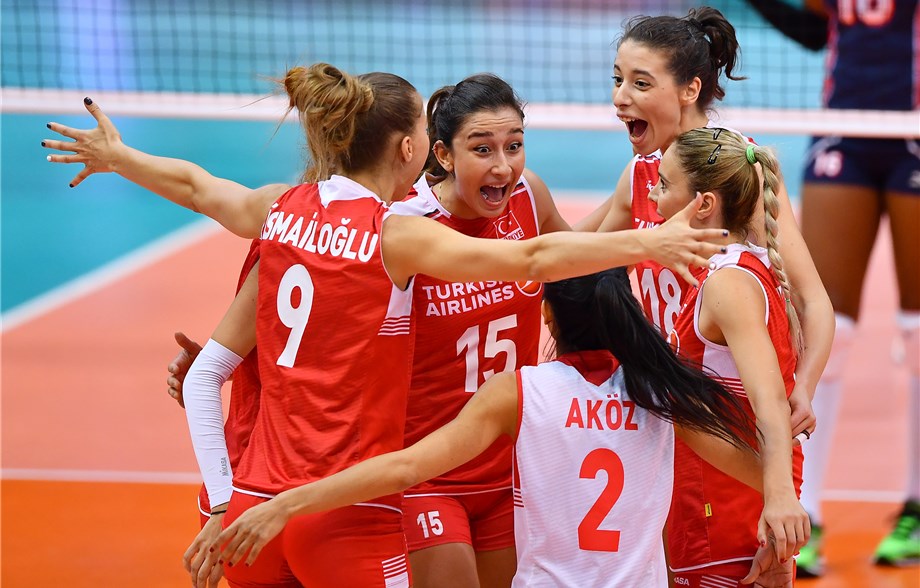 The Turkish national team finished third at the 2017 European Championships and 11th at the World Grand Prix.

Dundar and Aydemir were members of the 2012 Olympic team.

Opposite Polen Uslupehlivan, who also was on the Olympic team and World Grand Prix teams and is currently starring for her Fenerbahce Istanbul side, is notably missing from the 2018 roster.

Dundar is a 13-year veteran of the national team. The 30-year old was Best Server at the 2010 Club World Championships with her Fenerbahce squad and also was top server at the 2011 European League Championships, at which she earned silver with Turkey. Most recently, she was tabbed as Best Middle Blocker at the 2017 European Championship and earned gold as Fenerbahce grabbed the Turkish Volleyball League title in 2017.

Twenty-seven year old Naz Aydemir was tabbed as Best Setter at the 2016-17 CEV Champions League as her Vakifbank Istanbul team won gold. She has extensive national team experience dating to her days with the youth and junior national teams beginning in 2008.

The 24-year old Ismailoglu, who also plays with Eczacibasi Vitra, has played on both the beach and indoor teams for Turkey and Bosnia and Herzegovina. She made her Turkish national team debut at the 2014 European Volleyball League, winning gold, and followed that with silver at the 2015 U23 World Championships. On the beach side, Ismailoglu was part of the qualification rounds for the 2016 Olympics.

The 23-year old Caliskan also was part of the 2015 Turkish U23 squad, while also winning gold at the 2013 Club World Championships with Vakifbank and bronze at the 2016 Club Worlds. She was tabbed as the second best middle blocker at the 2017 Club Worlds.

The 20-year old Baladin, who has played in the youth ranks of the Turkish national team program since 2011, won a gold medal at the 2016 Club World Championships with her Eczacibasi Vitra side.

The Turkish women’s national team will participate in the Volleyball Nation’s League, Mediterranean Games, Gloria Cup and Montreux Volley Masters ahead of the 2018 World Championships in October.

The Volleyball Nation’s League will take place from May 15 to July 1 in 21 cities around the world, with the finals being held in Nanjing, China. The Nation’s League replaces the World Grand Prix competition. Turkey is part of Pool 3 alongside the United States, Poland and Italy. Matches for Pool 3 will be contested in Lincoln, Nebraska, May 15-17.