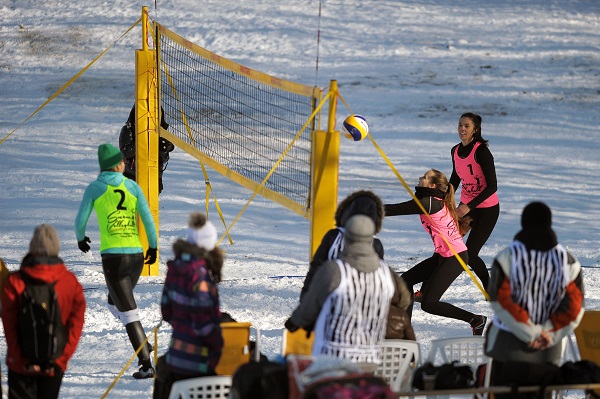 Snow volleyball is taking over Europe Current Photo via CEV

In the women’s final, Aleyne Vence and Bugra Eryildiz beat Oykü Keskin and Aysu Ceylan in a relatively easy 3-0 performance (11-4, 11-5, 11-4). The duo of Vence and Eryildiz will now compete in the second leg of the 2018 European Tour, having won the first one.

9 Men’s and 12 Women’s duos participated in the first edition of Hungary’s national snow volleyball championship. Due to the chilly and freezing conditions, the venues of the tournament had to be moved twice during its organization. Viktor Ban / Izsak Soos and Eszter Lutter / Panna Györi claimed the top honors. Soos and Lutter can now boast about being Beach and Snow Volleyball national champions – with Lutter being a five-time national champion, four times on the beach and now on snow as well.

All the winners of both tournament secured their participation in the first-ever CEV Snow Volleyball European Championship due to take place in Wagrain-Kleinarl and Flachau, Austria from March 23 to 25.