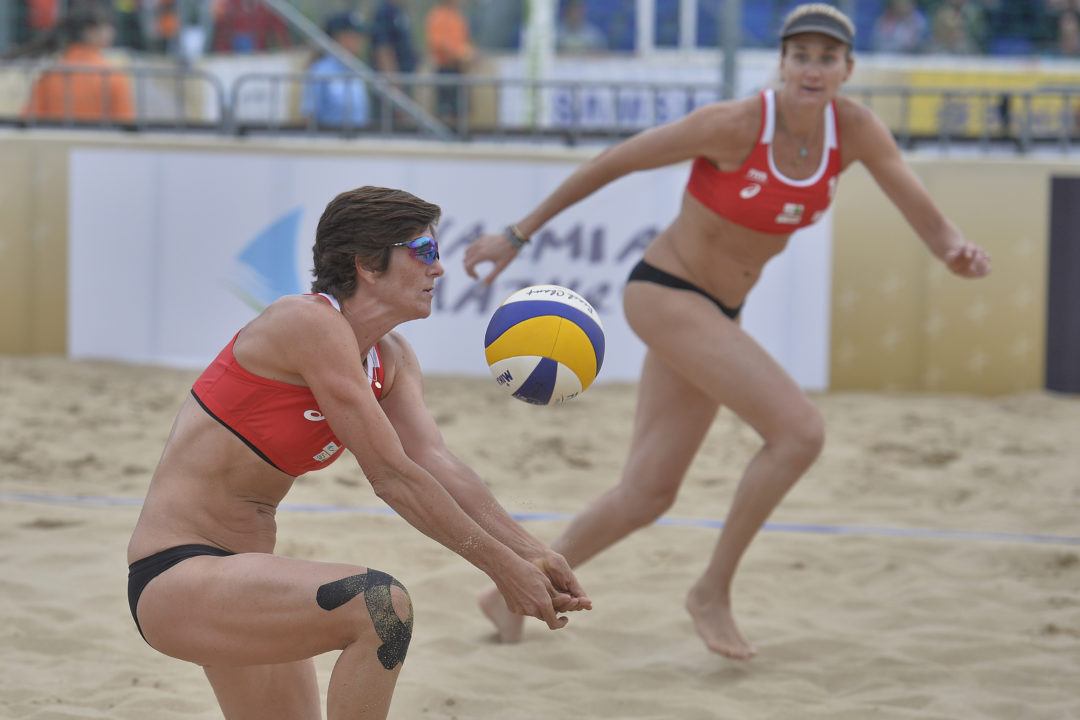 Six countries will be represented the matches, including two teams each from Brazil and the United States. Current Photo via FIVB

The quarterfinals of the Olsztyn Four-Star Open are set after Day 2 of the main draw of the tournament in Poland. Six countries will be represented the matches, including two teams each from Brazil and the United States.

Brazil’s Larissa Franca and Talita Antunes will face Germany’s Chantel Laboureur and Julia Sude in the first match. The Brazilians moved on with a three-set win over Germany’s Karla Borger and Margareta Kozuch (21-7, 16-21, 15-12), while Laboureur/Sude posted a 23-21, 21-16 win over Czech foes Barbora Hermannova and Marketa Slukova.

The fourth quarterfinal will be an all American affair as Summer Ross and Brooke Sweat face off with Kerri Walsh Jennings and Nicole Branagh. Summer/Sweat rallied after dropping the first set 21-14 to win 21-19 and 17-15 over Australia’s Louise Bawden and Taliqua Clancy. Walsh Jennings/Branagh also overcame a first set loss, topping Canada’s Brandie Wilkerson and Heather Bansley 18-21, 21-13, 15-6.