20 Blocks Lifts Brazil Past Netherlands in Pool I1 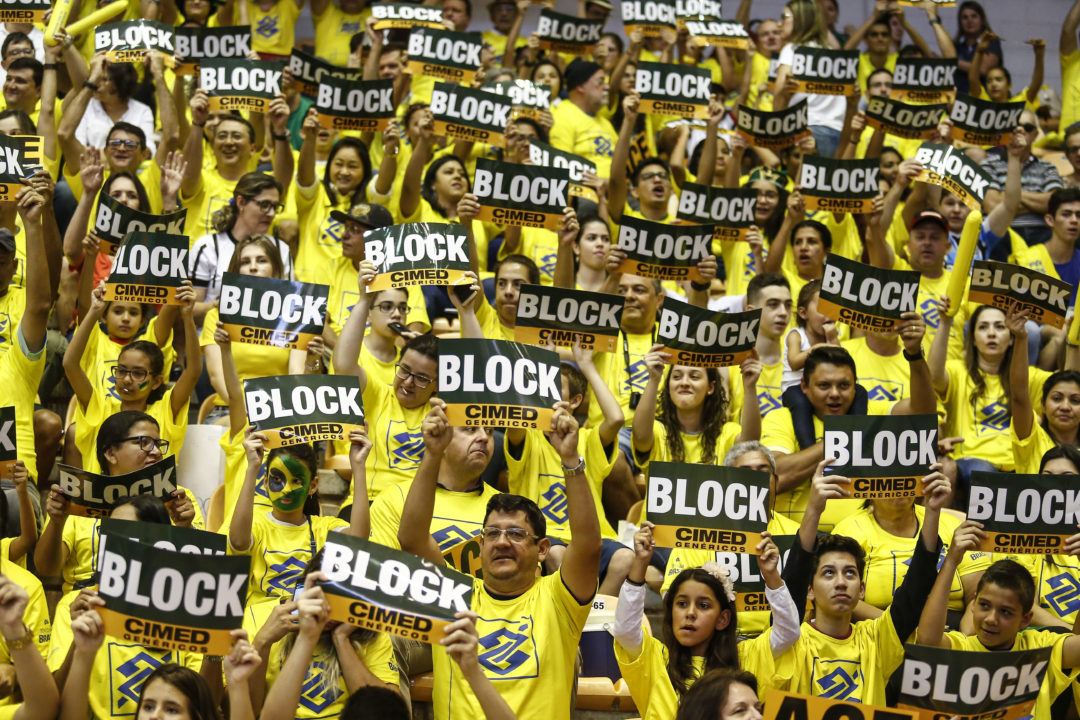 Brazil and the United States each won their second-straight match, while the Netherlands lost their second straight, and with the outcome, the probability that all 3 of those teams advance to the Final 6 went through the roof.

The United States clinched their spot. Brazil needs one of the following 3 things to happen to clinch theirs as well:

There are other, less likely scenarios, that would also seal their spot, but the above three most-likely scenarios would do it in. The Netherlands are in the same position, with the difference that they play winless Belgium on Sunday – so their win-and-in scenario is a lot more comfortable.

Pool I1 Standings After Day 2

18 points from Rosamaria Montibeller and 17 from Natalia Periera led Brazil to the top of group I1 with 1 game to go, and more importantly brought the young, inexperienced team back from a struggled opening to this year’s Grand Prix and in position to qualify for the Final 6.

For the second-straight day, it wasn’t errors, but rather an impotent offense that cost the Dutch the game. On Thursday, they actually gave up fewer points on errors (18) than did the United States and Friday they were almost as good (20 points given up on errors). However, they had matching 32% hitting percentages in the two games, unable to penetrate either offense.

On Friday, Brazil countered with a whopping 46.6% hitting percentage of their own to carry the day. They also blocked an incredible 20 shots (to just 10 for the Netherlands), including 7 by Adenizia Da Silva and 5 by Ana Carolina Da Silva. Adenizia is Group 1’s best blocker of the tournament, averaging 1.07 blocks/set so far, while Carolina ranks 3rd at .76 blocks/set.

“Now it is time to do our best,” said Brazilian coach Jose Roberto Guimaraes. “Today our team played well, our defensive system worked, the block was more accurate and the service was super effective. I felt that the girls were tuned into a different vibe than last week.”

In one off the wilder #1 vs. #12 match you’ll see at the Grand Prix, the Americans had ups-and-downs that one would expect from a young, inexperienced team. They were dominant early, then gave their fans nerves when they were rolled in the 2nd set, took a comfortable 3rd set win, and were pushed to extra points in the 4th and final set where they finally put Belgium away.

The Americans were led by 15 points from Kelly Murphy and 18 points from Madison Kingdon. Murphy had an errorless 14 kills on 27 swings for a 51.85 hitting percentage and .519 hitting efficiency.

As a team, the U.S. hit 45%, with Belgium not far behind at 40%. The Belgians were led by Kaja Grobelna, who led the team in both kills (21) and blocks (3). Grobelna has had some high scoring matches in this tournament, but has also struggled with errors – she had 8 hitting errors in Friday’s match.

“The match was important as I could make some experiences which will be crucial for the next games,” American coach Karch Kiraly said. “We could also give some rest for some of our players.”

That included getting a lot of action for backup setter Micha Hancock, who appeared in all 4 sets.

“We played very hard and with an excellent spirit,” said Belgian coach Gert Vande Broek. “I think that today we could have been given more. We were a bit out of luck in the end of the fourth set. We took a risk and we lost. I am proud of my team as they keep fighting. It is an extremely young team, but I am proud as we make progress.”