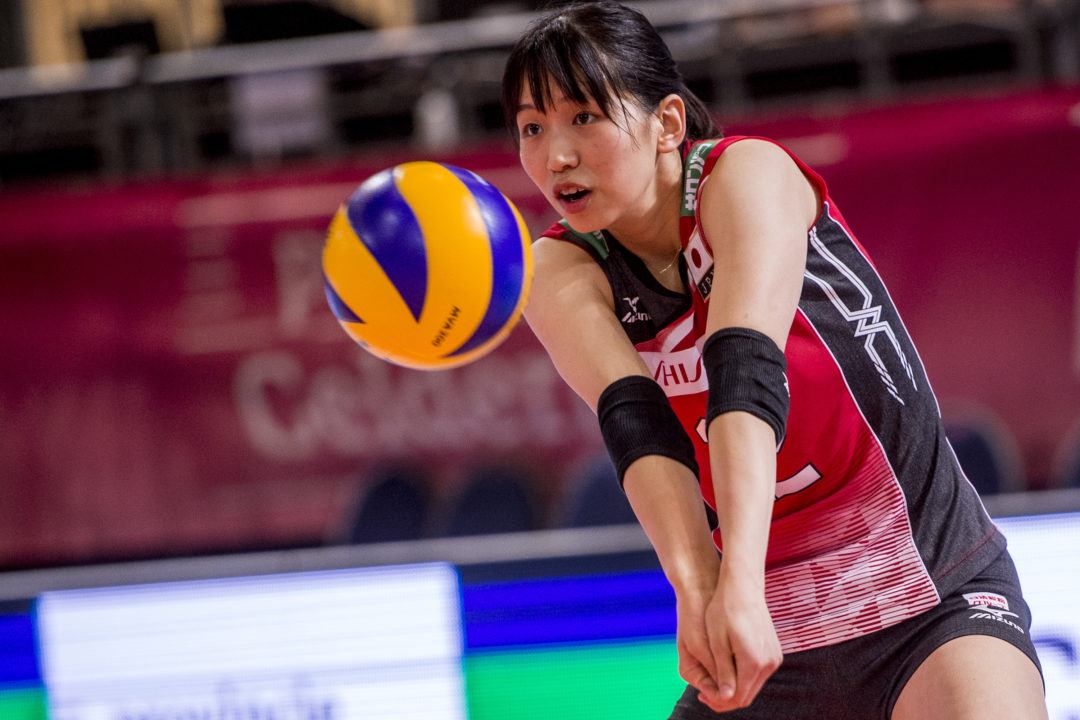 After losing to China yesterday, Japan needs to defeat the only one-loss team left in the World Grand Prix - Serbia - to help their chances at the final six. Archive Photo via FIVB

Following a loss to China yesterday, Japan is on the outside-looking-in of the top six. They face a team who is already secured in that positioning and has Group 1’s top record as a loss today puts Japan in an almost impossible spot to get into the top six.

The Japanese side has less points than the other four-win teams, and will need to make up ground quickly with just two matches remaining. At 4-3, they’ve won three of their matches in five sets, and have struggled to pick up a full three points. However, considering the opponent in this match, Japan would take any win they can get.

Yesterday with a win over Russia, Serbia clinched a spot in the final six. They’ve been the top team of the tournament so far, as they are the only nation with just one or fewer losses. They’ve also won five of six of their matches in sweeps with the other coming in four sets.

Beyond the impact of this match on this year’s event, it will also break the World Grand Prix series tie, as each team has won four in the series. Serbia has won the last two though, including a meeting last weekend when Serbia won in straight sets.