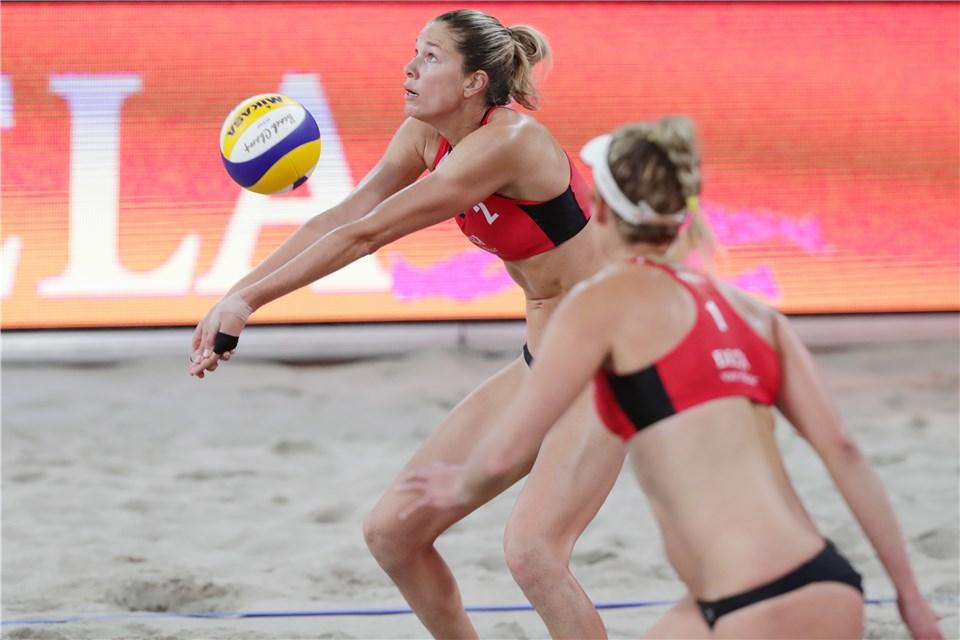 THE HAGUE, Netherlands – Americans Alix Klineman and April Ross and Brazilians Maria Antonelli and Carol Salgado are on to the second round of knockout play after kicking off the tournament in qualifying.

Czech pair Barbora Hermannova and Marketa Slukova won pool a with a 2-0 mark, adding another sweep in pool play round 2 on Friday.

Countrywomen Kristyna Kolocova and Michala Kvapilova won a pair of three-set affairs to take Pool B.

Newly formed American pair Alix Klineman and April Ross kept their success rolling in pool play, adding a sweep of Brazilian stars Agatha and Duda to their ever growing resume. The pair began the tournament in the country quota round, won its way through two qualifying matches and extended its win streak to five match on Friday morning to win Pool D.

Japan’s Megumi Murakami and Miki Ishii finished atop Pool E, winning at Brazilian pair Elize Maia and Taiana Lima were forced to forfeit as Maia was injured during the match.

#Repost @joystubbe ・・・ This afternoon we won with 2-1 from 🇺🇸! Again it was such an exciting game! Tomorrow we will meet Finland 🇫🇮 at 12.20! Of Course we hope to see you again! #DELABeachOpen #vanhiertotTokyo #voorelkaar #unstubbable

Twenty-four teams advanced to the knockout stages with the top team in each pool earning a bye into the second round, which is set to be played Saturday morning. The remaining 16 teams met later Friday to decide the second round opponents.